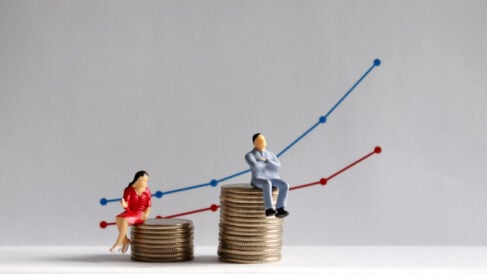 September 29, 2021 – Tempting Talent’s USA Executive Search & Recruitment Compensation Report for 2021 reveals a gender pay gap of up to 41 percent across the U.S. executive search and recruitment industry. The aim of the report, said the consultancy, is to make the industry more transparent and help business owners by offering insights into issues like gender pay gaps, average compensation and market saturation. The findings will come as a concern for the industry, particularly for experienced staff, as respondents with over 11 years of tenure face a pay gap of 41 percent between men and women professionals. There is also a gap for those just entering the sector, as findings uncovered respondents with under five years of experience are subject to a 12 percent pay gap.

In looking at figures for gender and base salaries in executive search and contingent recruitment across the U.S., Tempting Talent found an overall gap of 15 percent. The average compensation for males was $106,411, compared to just $90,063 for females. This, said Tempting Talent, was only an average and did not provide a holistic insight into the entire industry.

Tempting Talent’s survey uncovered inconsistencies across all performance levels, showing that more needs to be done to abolish the gender pay gap. The data suggested a need for employers to revisit their compensation packages to ensure more uniform offerings when looking at base salaries and increases linked to performance, but particularly, to eliminate the “glass ceiling” faced by the highest performing women.

In seeking to highlight any gender pay gap differences in comparison to performance, Tempting Talent considered the findings of its survey in relation to base and total compensation vs. the total billed by both male and female professionals. An average base salary or draw of 19 percent less for women than men was apparent and a total compensation averaging 22 percent less was reported for women compared to men. These findings could suggest a greater challenge for women working to establish a career in recruitment, said the report.

There was also evidence of an increasing disparity in pay as performance levels increase. The pay gap appeared to be at its highest (23 percent) for those in the $1.5 million to $3 million category, indicating a tougher challenge for the highest billing women, compared to men who performed equally as well. Tempting Talent did notice an inconsistency and a gap of –13 percent (meaning compensation was more favorable for females) in those in the $750,000 to $1 million group, but this was the only significant variant observed amidst a trend of males typically earning more than women based on performance.

Just eight percent of Tempting Talent’s respondents were office based, with 58 percent working completely remotely. Thirty-four percent said that they had options surrounding where they are based. An increasingly popular benefit for employees across many industries is equity and stock options.

Tempting Talent’s compensation report illustrated that it is still relatively uncommon for the majority of executive search and contingent recruitment professionals to be offered these benefits, but those with six-plus years’ experience were the most likely to be offered some form of shares. There was no evidence that greater experience levels (those with 11-plus years) were any more likely to receive benefits in the form of equity and stock options. Tempting Talent did however find that professionals in search firms were likely to be offered more equity than those in contingent recruitment.

When looking into the maternity and maternity pay of executive search and recruitment professionals, Tempting Talent’s report found that 56 percent of women were offered enhanced maternity, as opposed to 38 percent of men, which is a point of consideration for employers wanting to instill and promote equality across their businesses. Taking the 56 percent of women from the survey results, and equating it to the number of female staffing professionals in the U.S. — which is stated by data provided by LinkedIn Talent Insights as 449,900 – then almost 198,000 women did not have an enhanced maternity option. This is an imperative issue which needs to be addressed by employers and the industry as a whole moving forward, said Tempting Talent.

“This compensation report is an important step towards making our industry more transparent,” said Ryan Cleland-Bogle, founder of Tempting Ventures, a recruitment-focused venture capital firm. “By using real-time data and collaboration across different businesses and industries we are breaking down barriers and evolving in a positive way.”

Nicholas Macdonald, head of U.S. operations at Tempting Talent, said: “Although it has been a difficult time to navigate for the recruitment industry, it is still vitally important to pay attention to the issues that impact us all. Our team at Tempting Talent is taking an industry-first proactive approach to better support the wider staffing community and this report is just the start.”