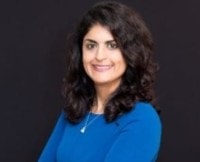 Having earned a Master in International Affairs from Columbia University, a Bachelor of Arts in International Relations from American University as well as a Presidential Management Fellowship, Ms. Sultan is a seasoned government relations leader with over 19 years of experience in domestic and international government relations and public affairs. She has spent over 11 of those years in the oil and gas sector in the government relations functions with ExxonMobil Corporation and BHP Billiton in Washington DC and Houston respectively. During this time, Ms. Sultan developed high-level networks with U.S. Government, Think Tanks, Non-Profits, Foreign Governments, Multilateral Institutions, Academia, Trade Associations, and Business Councils among other organizations.

Since founding SGG, Ms. Sultan has expanded her network beyond the oil and gas sector. In addition to her work as the founder of SGG, Ms. Sultan is also the Houston executive director for Asian Americans in Energy, Environment and Commerce (ae2c). Ms. Sultan’s membership in the exclusive Houston Committee on Foreign Relations, the Council on Foreign Relations affiliate in Houston, allows her to stay connected with an intimate network of public policy and foreign relations experts across the globe. Additionally, Ms. Sultan is a key member of the American Pakistan Foundation. Ms. Sultan’s additional work in the Public and Government Affairs sector keeps her involved in other networks such as the Aspen Institute as necessary.

Ms. Sultan also prioritizes community service having been involved in notable engagements over the years. In 2001, while in Washington D.C., she was involved in rehabilitating an honor crime victim from Pakistan – a campaign which involved engagement with the medical community as well as engagement with various media outlets as the story was featured in National Geographic and The Washington Post. In 2016-2107, Ms. Sultan raised awareness and funding to place a young Pakistani patient at Texas Children’s Hospital on the lung transplant list. A city-wide effort led by Ms. Sultan, including media and outreach to key stakeholders, helped raise more than $900,000 and helped place the patient on the list saving a young lady’s life which was expected to expire in 3 months. Ms. Sultan has also stayed active in the greater community at large. Her focus areas have included political involvement, community service, social and economic development, women’s issues and fundraising among other areas.