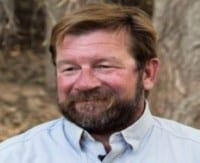 Since joining The McCormick Group, Mike has focused on searches and placements in the defense and aerospace sectors of federal contracting.

Prior to joining TMG, Mike had a blended career of military and industry, retiring from the Army as a lieutenant colonel and working in the defense contracting space as well as local government in Tucson, Arizona.

Coming from both a military and contracting background, Mike is fluent in “MILSPEKE” and has seen both sides of the contracting world. Mike understands how to translate the experience and training of a senior officer into something understandable and translatable to industry.

Mike earned his bachelor’s degree from the University of Texas, Austin, and his MA in Diplomacy, with a concentration in International Terrorism from Norwich University. After retiring from the Army, Mike ran for the Arizona State Legislature in 2016. He is originally from Ocala, Florida.