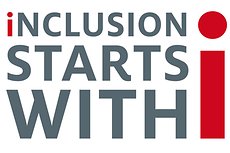 Based in New York City, Mr. Rodney will also become a member of the firm’s marketing and advertising practice. Prior to joining Raines International, he served as New Jersey executive director of America Needs You, a national non-profit. He previously served as chief of staff to the CEO of IPG Mediabrands, The Interpublic Group’s media advertising agency. Earlier in his career, he served as government affairs director with Moore & Van Allen; he started out as a community relations manager with the National Basketball Association (NBA).

“Pauly is an enormously capable leader, whom we are energized to have on our team,” said Bruce Raines, president and chief executive officer. “Pauly is already a known quantity to many of our clients, having worked with them during his days in lobbying, advertising, and the nonprofit world. For years he has directly impacted companies’ diversity and inclusion initiatives, and we are excited to have him engage with our clients on these issues at the C-suite and board levels.”

More search firms are either expanding their diversity practices, or creating them for the first time. Just recently, Heads! International named Elspeth Renshaw as a partner where she leads diversity initiatives for the firm’s global clients. She supports Heads! on gender diversity specific assignments and will lead Heads!’ global gender diversity advisory business.

Prior to joining Heads! International, she ran her own global consultancy for three years, advising CEOs and C-suite executives on how to enhance business performance through gender diversity initiatives. Clients have included major global organizations, such as Citigroup, as well as regional companies like ANZ.

Check Out These Related Articles On Diversity Recruiting Initiatives: