Menu
View our Events
Stay Connected:
Two major American universities are in the process of recruiting new presidents to lead them through the pandemic and into challenging years ahead. Both leaders will serve thousands of students and have a powerful impact in higher education. For both universities, the stakes could not be higher. 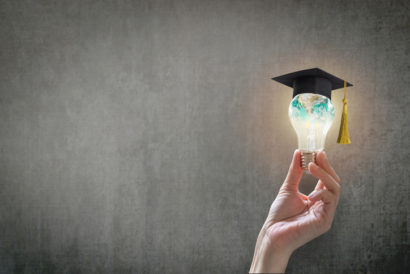 December 2, 2020 – R. William Funk & Associates, which specializes in recruitment for roles in higher education, has been enlisted to find new presidents for Indiana University (IU) and Texas A&M University. “We work meticulously to not do similar searches at the same time to avoid conflicts of interest,” said search firm president R. William Funk. “In this case, the Indiana University assignment began in May, and the university is at the stage of selecting its first-round interviewees. The Texas A&M search started just recently; we are in the process of building the candidate pool.”

Mr. Funk said the two universities have both similarities and differences of note. “While both are public, major research AAU institutions, A&M is a land-grant university and IU is not,” he said. “The president at IU not only leads the campus in Bloomington, but also oversees the Indianapolis and seven other regional campuses, whereas the A&M president reports to a system chancellor. And, of course, they are in different geographic parts of the country.”

The IU search is the 22nd president/chancellor assignment the search firm has been hired to conduct for Big 10 schools. “The last Big 10 president search we concluded was for Rutgers in January,” said Mr. Funk. With regard to Texas A&M, R. William Funk & Associates has recruited presidents, at one time or another, for all of the SEC schools except one, Kentucky.

“Texas A&M claims to be the largest university in the country,” he added. “IU has the largest medical and dental schools in the U.S. Interestingly, both schools have, or soon will have, successfully completed $4 billion capital campaigns.”

The next president of Indiana University will succeed Michael A. McRobbie who will be stepping down in June after 13 years in the role.

Indiana University wants a leader who is strategic, visionary, student-centered and capable of addressing the challenges and opportunities facing major public universities this decade and beyond. “The selected individual will possess unquestioned integrity, exemplary communication skills, and the ability to manage a large, complex, multi-location higher education university,” said the search firm. 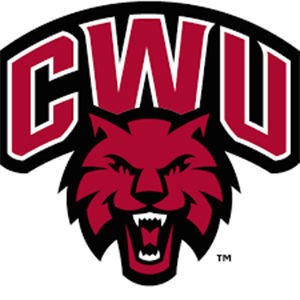 Central Washington University has called in R. William Funk & Associates to find its next president. The search has come down to five finalist candidates. “We were delighted to have an extremely diverse and talented pool of candidates,” said Erin Black, trustees search advisory committee chair. “These are remarkable individuals, and each would bring unique strengths and experiences to the role of president.”

Outstanding managerial skills, financial acumen, and the ability to raise funds and develop additional revenue streams are all important characteristics for the position. Candidates must value a world-class faculty and demonstrate a commitment to diversity, equity, and inclusion.

The best candidates should have a passion for educating students and changing lives; a deep commitment to increasing access to higher education in the state, including an emphasis on underrepresented and first-generation college students, said R. William Funk & Associates. They should also possess visionary leadership skills, with a discerning strategic approach to the challenges and opportunities facing higher education generally and IU specifically; experience with developing a strategic plan that will ready the university for the future and will reaffirm its mission and identity is critical.

Prospects must demonstrate leadership of a culture committed to discovering, inventing and creating, said the search firm. An understanding of higher education financial challenges and issues, particularly those facing public institutions; financial acumen and the ability to develop a comprehensive and fiscally responsible university budget are also required. IU’s next president must also have outstanding communication and interpersonal skills characterized by a positive desire to engage others: personable, approachable, open, enthusiastic, honest, trustworthy, transparent, empathetic, warm, and possessing a sense of humor. A commitment to consensus-building, team building, collaboration, and interdisciplinarity as foundations of excellence throughout the university is also vital, though the leader must also have the ability to act decisively when necessary.

Founded in 1820, Indiana University has an enrollment of more than 110,000 students and upwards of 6,000 full-time faculty on multiple campuses. The flagship campus is in Bloomington. IU has more than 716,000 living graduates and is the largest employer in the state of Indiana with more than 19,000 full-time employees. Its annual budget totals over $3.8 billion. IU offers 150-plus online degree programs as well as 20,000 classes each semester. The university is home to world-class business and music schools, the world’s first school of philanthropy, and the nation’s first school of informatics and largest medical school. Other highly ranked academic programs include programs in the arts and sciences, education, intelligent systems engineering, law, international studies, journalism, nursing, public health, and public affairs.

The new president of Texas A&M will succeed Michael K. Young, who will be stepping down at the end of this month after five years in the position.

Like the next leader at IU, Texas A&M’s next president will be expected to usher the university into a new era. “The 26th president of Texas A&M University will be instrumental in building upon the success of Texas A&M as a leading university in the state, nation and world,” said the search firm. “Within the next decade, the university will celebrate its sesquicentennial milestone to move into the next 150 years of our story. Critical to this will be enhanced research, noted impact, and a continued pursuit of excellence in our educational mission and our reputation.”

The next president must respect and embrace the traditions and unique culture of the university, while continuing to encourage robust cutting-edge research, innovation, and academic excellence, said the search firm. Texas A&M’s next president must be an exemplary communicator who will be able to not only articulate the university’s vision, but also work with all of its constituents to leverage the powerful resources of the university to lead it to even greater heights. “The president will have unquestioned integrity, unending dedication to student success, and an unwavering commitment to diversity, equity and inclusion,” said the search firm.

Texas A&M opened in 1876 as the state’s first public institution of higher learning. Today, it stands as a research-intensive flagship university, one of only 17 institutions to hold the triple land-grant, sea-grant, and space-grant designation. Texas A&M’s main campus in College Station is home to more than 66,000 students. Another 5,400 students are at branch campuses in Galveston and Qatar and at the School of Law, Higher Education Center at McAllen and Health Science Center locations across Texas. The flagship has an annual budget in excess of $2.1 billion. Its athletic teams compete in the powerhouse Southeastern Conference (SEC). The university has more than 522,000 former students who live, work, and serve in more than 100 countries throughout the world.

R. William Funk & Associates is an executive search firm specializing in higher education executive recruitment. The firm has recruited chancellors/presidents two-thirds of all public AAU universities. The firm has also recruited presidents or chancellors to more than one-half of the U.S. News & World Report’s most recently published “Top 30 National Universities.” The search firm has conducted more than 425 searches for college and university presidents and chancellors as well as an even greater number of provosts, deans, and various vice presidents.