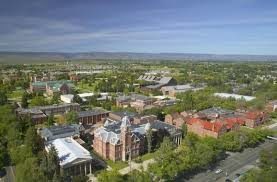 February 3, 2021 – R. William Funk & Associates, which specializes in recruitment for roles in higher education, has assisted the Central Washington University in the recruitment of A. James Wohlpart as its 15th president. James L. Gaudino, who has served in that role since 2009, announced last year that he would step down from his post on July 31. The process of hiring a new president began last February when the board of trustees hired the search firm to conduct a national search. The board appointed the search committee in March, and tasked them with reaching out to university stakeholders to learn what they perceive to be the greatest challenges for the university and to discuss the qualities desired in a new president.

Trustee Erin Black, who co-chaired the 13-member trustees search advisory committee (TSAC), which previously recommended five finalists to the board, said conducting a confidential search allowed the board to attract a large number of “high quality” candidates. She said 80 individuals applied for the position and the search committee narrowed the list to 10 semifinalists, who were researched and interviewed by the TSAC. From that group, the committee selected five finalists to advance to the full board. Mr. Wohlpart was the winning candidate.

“Jim understands that we must elevate the civic engagement of our students in order to ensure a thriving democracy,” said Ron Erickson, board chair. “His vision is one Central has long shared: to be a place of learning and growth that both supports and challenges students as they develop into fully informed citizens.”

Dr. Wohlpart currently serves as provost and executive vice president for academic affairs at the University of Northern Iowa and was interim president of the school for six months in 2016-2017. Previously, he was dean of undergraduate studies at Florida Gulf Coast University from 2011 to 2015, associate dean of the College of Arts and Sciences from 2005 to 2011, and chair of the division of humanities and arts from 2000 to 2005.

“Dr. Wohlpart impressed the board of trustees with his comprehensive academic and leadership experience in higher education and his commitment to diversity and inclusion,” Mr. Erickson said. “Throughout his 25-year career, he has worked to elevate the civic engagement of students to help them develop as fully informed citizens. He has experience in serving place-bound students and working with community college partners.”

Founded in 1891, Central Washington University consists of four divisions: the president’s division, business and financial affairs, operations, and academic and student life. The school, which is located in Ellensburg, WA, has a total undergraduate enrollment of 11,222. Its setting is rural, and the campus size is 380 acres. Central Washington University ranked 55th for “Regional Universities West” in the 2020 edition of Best Colleges.

Mr. Funk said the two universities have both similarities and differences of note. “While both are public, major research AAU institutions, A&M is a land-grant university and IU is not,” he said. “The president at IU not only leads the campus in Bloomington, but also oversees the Indianapolis and seven other regional campuses, whereas the A&M president reports to a system chancellor. And, of course, they are in different geographic parts of the country.”

During the past 35 years, R. William Funk & Associates has recruited more than 425 college and university presidents and chancellors, for institutions ranging from small liberal arts colleges to large public universities. “The firm has recruited chancellors/presidents for two-thirds of all public AAU universities,” Central Washington University said. “Additionally, it has been recognized by the Women’s Network of the American Council on Education (ACE) for its work in recruiting women and minorities to senior levels of higher education. The firm has broken the color and/or gender line in president searches at more than 40 institutions around the country.”