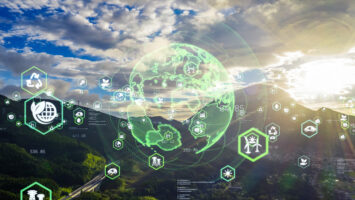 Mr. Foley has more than 30 years clean-tech experience in financial, technical and regulatory challenges of bringing green power onto grids. He formerly served as CEO of GlidePath, an independent developer and owner of advanced energy systems. Before that, he was COO of Lincoln Clean Energy, responsible for origination, development, interconnection, permitting, construction, and operation of solar and wind portfolio. Mr. Foley also served as CEO of ACCIONA’s North American business focused on the development, ownership, and operation of one the largest portfolios of renewable energy and infrastructure projects in the U.S.

Mr. Anand has 22 years of management leadership roles across energy and other diverse businesses at GE including CEO of GE Renewable Energy – Onshore Wind Americas. He has extensive experience in business transformations, capital allocation, strategy, operations and talent development. Under his leadership, GE Onshore Wind business was restored to the No. 1 position in the U.S., growing market share from 29 percent to 53 percent. Mr. Anand is also former CFO and a voting member of the investment committee of GE Energy Financial Services (~$16 billion assets), providing equity and debt financing to renewables and gas-fueled power generation sectors. He is a former member of the board of American Clean Power Association and represented the industry before members of U.S. Congress.

In addition to these two recent placements, GoGreen Investments Corp. recently announced the upsizing and pricing of its IPO of 24,000,000 units at $10 per unit. The offering was upsized from 20,000,000 units. The units will be listed on the NYSE and began trading last Thursday under the ticker symbol “GOGN.U”.

Preng & Associates, founded in 1980, is a retainer-based, international executive search firm specializing solely in the energy industry. The firm’s experience spans the entire energy value chain – from the well head to the wall socket. Its subsector verticals have specific expertise in oil and gas (upstream, midstream, and downstream), oilfield equipment and services, power and utilities, renewables, engineering and construction and industrials. The recruiting outfit has conducted more than 3,800 engagements for over 800 companies and placed highly qualified individuals for board, executive management, and professional positions in 91 countries, according to the firm.

Preng & Associates Assists SeekOps in CEO Search
Preng & Associates has assisted SeekOps in the recruitment of Iain Cooper as its new CEO. The move strengthens the current executive team as the company’s founder and CEO of three and a half years, Andrew Aubrey, transitions to a new role as senior vice president of strategic partnerships.

David Preng, the firm’s founder, president and CEO, has worked on over 2,000 energy-related searches during his career, ranging from board and senior executive to managerial and senior technical positions. His current focus is primarily at the board, CEO and C-suite level roles. Mr. Preng’s industry experience includes financial, managerial, and executive positions with Shell Oil, Litton Industries and Southwest Industries.

Mr. Ciolek leads the utility/power practice at Preng & Associates.  His search practice is focused on electric and gas utilities, independent generators, renewable energy, and industrial/services companies supporting the utilities and power sector. Mr. Ciolek combines 12 years of senior-level search experience with an extensive knowledge base and network developed during his prior 25 years of industry and management consulting. He conducts a wide variety of senior level assignments, including CEO/President, COO and CFO roles. His functional search experience includes operations, engineering and construction, business and project development, regulatory, strategy, and IT.