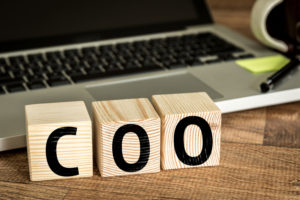 “David’s appointment as COO, which is not initially intended to be a board position, follows an extensive and thorough search process managed by a leading sector-focused executive search firm, Preng & Associates, which covered a diverse range of candidates. It also enables Rupert Newall to step back from his interim project director role and continue in his permanent role as chief financial officer,” IOG said. “We are delighted to welcome David to lead the operating team at IOG where he will be a key contributor in successfully delivering on our ambition to be a safe, efficient, low-carbon developer and producer of high-value gas,” said Andrew Hockey, CEO of IOG. “In so doing he will build on strong existing foundations and I thank our CFO Rupert Newall for fulfilling the interim project director role very effectively over recent months.

“David joins the company at an exciting time with Phase 1 construction in full swing and development drilling expected to start in around two months, targeting first gas in Q3 this year,” Mr. Hockey said. “Supported by an excellent team already in place across all disciplines, David will be able to hit the ground running and I have no doubt he will have a very positive impact across our business.”

Having started his industry career at Foster Wheeler Wood Group and Amec, Mr. Gibson spent 15 years at Marathon Oil UK Ltd before moving to TAQA Bratani, where he was technical director until 2019. Most recently he was with Ithaca Energy, where he led the integration of the North Sea assets acquired for $2 billion from Chevron and subsequently was appointed assets director.

Preng & Associates, founded in 1980, is a retainer-based, international executive search firm specializing solely in the energy industry. The firm’s experience spans the entire energy value chain – from the well head to the wall socket. Its subsector verticals have specific expertise in oil and gas (upstream, midstream and downstream), oilfield equipment and services, power and utilities, renewables, engineering and construction, and industrials. The recruiting outfit has conducted more than 3,700 engagements for over 750 companies and placed highly qualified individuals for board, executive management, and professional positions in 75 countries, according to the firm.

Preng & Associates Assists SeekOps in CEO Search
Preng & Associates has assisted SeekOps in the recruitment of Iain Cooper as its new CEO. The move strengthens the current executive team as the company’s founder and CEO of three and a half years, Andrew Aubrey, transitions to a new role as senior vice president of strategic partnerships.

David Preng, the firm’s founder, president and CEO, has worked on over 2,000 energy-related searches during his career, ranging from board and senior executive to managerial and senior technical positions. His current focus is primarily at the board, CEO and C-suite level roles. Mr. Preng’s industry experience includes financial, managerial and executive positions with Shell Oil, Litton Industries and Southwest Industries.

Preng & Associates recently assisted ProPetro Holding Corp. in the recruitment of David Schorlemer as its new CFO. “I’d like to formally welcome David to the ProPetro team. We look forward to his future contributions as our CFO,” said Phillip Gobe, CEO. “With David’s talent and experience in our sector and in public company governance, we will have a key player at a critical role going forward to help us remain competitive in a dynamic environment.”