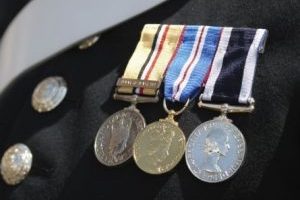 October 19, 2016 – Executive search firm Phillips Oppenheim has been retained by American Corporate Partners (ACP) to lead its search for a new president. Jane Phillips Donaldson and Susan Meade are leading the assignment.

The chosen leader will collaborate with ACP’s chairman to achieve maximum growth in the organization’s mentoring programs and focus on strategic planning. The incoming leader will take overall responsibility for internal operations, including personnel decisions, financial matters, and overseeing audit and annual report production.

American Corporate Partners is a national non-profit organization focused on helping returning veterans find their next careers through one-on-one mentoring, networking and online career advice. In the 15 years since 9/11, more than two million veterans have transitioned from the armed services to civilian life and another million are expected to leave the military during the next several years. ACP offers a unique volunteer opportunity to provide career guidance to returning military as they transition back to civilian life.

The firm has recently recruited senior leaders for other non-profit organizations, including Matthew Teitelbaum as executive director of the Boston Museum of Fine Arts; Salvador Salort-Pons as director, president and CEO of the Detroit Institute of Arts (DIA); Linda McNeil Tantawi as CEO for the Greater New York City Affiliate of Susan G. Komen for the Cure; and Judge Judy Harris Kluger as executive director of Sanctuary for Families. The firm was recently selected by the Apollo Theater to lead its search for a new executive producer. Executive search consultant Sandi Haynes is leading that search.

As the economy continues to strengthen, hiring in the non-profit sector has been gaining momentum. In the past decade, employment in the sector grew by 17 percent. It has also become a hot area for corporate executives looking to switch careers. A recent article, ‘Profiting From Nonprofits,’ in United Airlines Hemisphere’s Magazine, said business managers and executives are turning to the non-profit world for employment in record numbers. The sector is now the third largest employer in the U.S. Nearly two million non-profit organizations employ 10.7 million people and produce revenue in excess of $1.9 trillion.

Other reports have pointed out that Baby Boomers who spent the majority of their working lives in the private sector are looking to round out their working years serving a mission. Called the ‘encore career phenomenon,’ this often means switching to a non-profit organization or institution as a means of starting a second career.