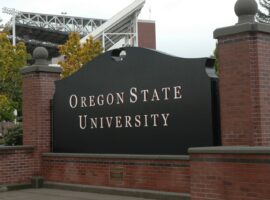 January 4, 2022 – Oregon State University (OSU) has retained  Isaacson, Miller to assist in the search for its next president. Partners David Bellshaw and Julie Filizetti are leading the assignment with senior associate Phuong Ta and associate Kathy Martinez.

F. King Alexander, OSU’s previous president, resigned last March amid criticism over his handling of sexual misconduct charges during his time as president of Louisiana State University. Isaacson, Miller, which worked with OSU on previous searches, for a provost and two vice provost openings, addressed the search process at an OSU board meeting last month. “Isaacson, Miller has a long history of working with OSU on executive searches,” said trustee Julie Manning during the session.

The board said it is looking to execute a more open search than the one conducted for Dr. Alexander, which was completely closed. Still, some of the presidential search will still remain confidential, including selection and interviews of semi-finalists, said the OPB (Oregon Public Broadcasting) website. “In order to attract the broadest and most diverse pool of candidates, the board had decided at its retreat to allow for a measure of confidentiality,” said Ms. Manning in that report. “However, the transparency of the process, of the search, is also important.”

Community listening sessions with the search firm, the board and search committee are expected to be scheduled when the board meets this month, OPB said.  The search committee consists of trustees, students and University of Oregon president Michael H. Schill.

Mr. Bellshaw said that although applications for the role will be accepted, Isaacson, Miller would also be actively reaching out to potential candidates, said OPB. “We will organize an effort to make sure people understand what is the unique value proposition, what’s the thing that they can do on this platform that you can’t do anywhere else in the country,” said Mr. Bellshaw.

Among the challenges of the search, Mr. Bellshaw said that as finalists current university presidents will likely be hesitant to come to OSU to publicly meet with the university community, said OPB. “There’s a public part to this, so that may limit us a bit, but there are provosts; there are deans,” said Mr. Bellshaw.

Founded in 1868, Oregon State University is located in Corvallis, with a branch campus in Bend. OSU is an international public research institution that draws students from all 50 states and more than 100 countries. The university is one of three land, sea, space and sun grant universities in the U.S. It consists of 11 colleges, 12 experiment stations and extension programs in all 36 counties in Oregon. It offers more than 200 academic programs.

Mr. Bellshaw joined Isaacson, Miller in 1992 in Boston. In 2003, he founded the firm’s offices in California. Mr. Bellshaw has extensive experience recruiting for the most senior-level leadership roles in all of the firm’s practice areas, including chief executive officers, presidents, chancellors, and executive directors; chief academic officers—provosts, deans and chairs; and chief functional officers. He also serves as the leader of the firm’s higher education practice and as a member of Isaacson, Miller’s executive committee.

Ms. Filizetti leads Isaacson, Miller’s San Francisco office. She focuses primarily on higher education leadership roles in public and private institutions, including presidents, provosts, vice presidents, deans and directors. She also conducts searches in a range of areas, including academic medicine, training and development, advancement, research, and technology. Since coming to Isaacson, Miller in 2007, Ms. Filizetti has developed strong relationships with many clients who turn to her for her ability to adapt to an organization’s needs and grow their leadership capacity.

Mr. Ta, based in San Francisco, joined Isaacson, Miller in 2019. Since then, He has worked on searches to recruit senior leaders in higher education and arts and culture organizations. Mr. Ta’s searches include vice president of equity, inclusion and diversity at New Mexico State University, president and CEO at Utah Symphony | Utah Opera, dean at University of New Mexico College of Fine Arts, and vice dean at University of Southern California Viterbi School of Engineering.

Ms. Martínez, who works in the search firm’s Los Angeles office, joined Isaacson, Miller in 2021. Previously, she worked for La Vida Scholars, a non-profit college access program in Lynn, MA. There she centered building relationships with families as well as institutions in order to increase admissions. By doing so she aimed to minimize the overall debt for families while diversifying the student body of universities.