Menu
View our Events
Stay Connected:
Outside the U.S., CEOs from FTSE and PE-backed businesses are facing short-term pressure to lead the safe restart of operations, overcome supply chain issues, shore up cash flow and manage employees through change, according to a new study by Savannah Group. A more personal and authentic leadership style is needed to meet these challenges, says the U.K.-based search firm. Let’s take a closer look. 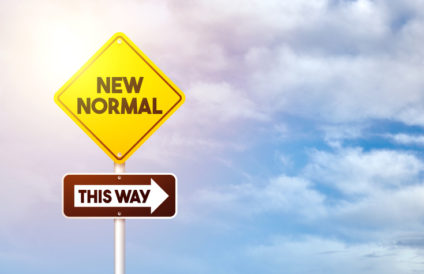 November 4, 2020 – Chief executive officers were already operating in a volatile, fast-changing business environment when the COVID-19 pandemic struck, accelerating challenges that were already in place. The crisis has led to a gradual evolution of ‘leadership DNA.’

U.K.-headquartered executive search firm Savannah Group recently surveyed 90 chairs and CEOs from FTSE and PE-backed companies about their views on how the traits and skills required of a business leader are changing. In the responses to an open question about the fundamental challenges facing CEOs in the ‘next normal’ arising from the crisis, several key themes emerged.

The challenges highlighted by respondents included short-term pressure on CEOs to lead the safe restart of operations, overcome supply chain issues, shore up cash flow and manage employees through change. Savannah Group said that all of this calls for a more personal and authentic leadership style.

The DNA of Future CEOs

What will define successful leaders in an increasingly volatile and uncertain world? Three decades on from when the acronym VUCA was first coined by the U.S. military to describe the more ‘volatile, uncertain, complex and ambiguous’ world left behind at the end of the Cold War, its use is now more regularly applied in a business leadership context.

In recent years, virtually every sector has had to deal with accelerating rates of change, much of it driven by disruptive new technologies, threats of disintermediation, growing competition and the rise of new market players with radically different business models. “The current crisis, driven by the COVID-19 pandemic, has accelerated the rate of change even further, forcing business leaders to deal with unparalleled levels of volatility and uncertainty, and limited reliable data with which to inform their decision-making,” said Savannah Group. “As a consequence, chief executives, and the skills and experiences they have gained on the rise to the C-suite, have been tested like never before. Some have risen to the challenge; pivoting strategy whilst remaining engaged with the operational challenges, inspiring their organization, and continuing to communicate effectively through remote working.”

Others however, have been found wanting. One FTSE chairman described his CEO at the height of the crisis as “missing in action,” lacking the leadership skills and behaviors that distinguish his more successful contemporaries.

Talent for the Next Normal
The realities of a radically different operating environment caused by the coronavirus crisis are creating major challenges to how institutions assess, manage, develop, and retain their talent, says a new report by Options Group. Organizations are reassessing their value proposition and allocating more resources to data-driven and analytical offerings, digital capabilities, and electronic markets. Let’s take a closer look.

So, what is it that ultimately makes the difference? Savannah Group said it’s become increasingly clear that specific kinds of leadership markers and competencies are most helpful in dealing with the challenges facing CEOs today and into the future.

“Now, more than ever, successful executive leadership requires a balance of strategic and operational skills built on a foundation of diverse experience, combined with the agility to deal effectively with unprecedented challenges and the ability to inspire others,” said Chris Donkin, managing partner, executive search.

In Savannah Group’s survey, agility and adaptability were ranked highest among the traits and skills that the chairs and CEOs felt will be most important to successful leaders in the next three to five years, according to 81 percent of respondents. The ability to inspire others and strategic vision followed, with 75 percent and 74 percent respectively. Agility and adaptability were also cited highest among the traits or skills seen to have risen in importance over the last six months, followed by resilience.

Based on Savannah Group’s experience of working with and studying hundreds of chief executives across publicly listed and privately held businesses and validated by this research, the firm has identified three core strands of leadership DNA which have emerged as primary indicators of the most successful CEOs.

As the top-ranked traits in the study, Savannah Group said that their inclusion in the leadership DNA of future CEOs is a given. “Rapidly changing business environments require strategically agile leaders, able to quickly adapt to changing situations, with a high degree of cultural sensitivity that makes them equally effective across the global span of their business operations,” the firm said. “Agility is often fueled by resilience, and this is only going to become more important in an increasingly VUCA business environment.”

Bain & Company and Hunt Scanlon Launch Talent Intelligence Partnership
Private equity firms bank their reputations on increasing the value of their investments and they have placed greater emphasis on being more hands on with portfolio companies. More often, that means evaluating talent and finding new ways to unleash higher levels of leadership to boost results and enrich returns. According to executive recruiters like Spencer Stuart and JM Search, many PE firms now deploy a much wider range of capabilities to drive value, like building operating partner teams and adding more specialized functional expertise. In the end, it all comes down to installing the right talent at the right time. And this pandemic year is no exception. Let’s go inside the latest thinking.

Agility includes the ability to switch back and forth between the strategic and the operational level, although few CEO’s excel at both. A Harvard Business Review survey of nearly 700 executives across a variety of industries found that only eight percent of leaders are outstanding at both strategy and execution. The number rises to 37 percent for those who are either “effective” or “very effective” at both, but that means almost two-thirds of CEO’s are “neutral or worse” at one or the other. Going forward, it will be even more important in the context of CEO succession to be able to identify both internal and external candidates who fall into that 37 percent.

Related: Why Smart CEOs are Hiring Executives During COVID-19

“At the same time, agility is not simply the preserve of leadership, but needs to be nurtured throughout the organization,” the Savannah Group report said. “A key example of this is remote working. While the trend, influenced by the COVID-19 crisis, has been to accelerate plans for flexible working and reducing office space, businesses shouldn’t assume the pendulum can’t swing back the other way, and sooner rather than later. Though the pandemic initially showcased the benefits of home working, as time went by it also exposed the flaws. As companies find the right balance between physical and virtual working, adaptability is a vital ingredient.”

Strategic Vision Built on a Breadth of Knowledge

The pandemic is an extreme example of an unprecedented challenge. No one has all the answers, because it’s never happened before. Savannah Group said that when there are no precedents for the challenges you face, the best-equipped leaders are those with a diverse set of skills and a breadth of knowledge gained through wide and varied experience. “Different companies, sectors, functions and geographies all add to the mix, enhancing a CEO’s ability to know what to do when you don’t know what to do,” the firm said. “Through an ability to draw on multiple reference points and manifest that into a strong vision for a business, leaders can develop a more effective strategy and execute with greater confidence.”

CEO Leadership During a New Era . . . and How Executive Search Firms are Responding
COVID-19 has created a massive humanitarian challenge: millions ill and hundreds of thousands of lives lost; soaring unemployment rates in the world’s most robust economies; food banks stretched beyond capacity; governments straining to deliver critical services.

The pandemic is also a challenge for businesses — and their CEOs — unlike any they have ever faced, forcing an abrupt dislocation of how employees work, how customers behave, how supply chains function, and even what ultimately constitutes business performance, according to a new report by management consulting firm McKinsey & Company.

The same applies to their leadership teams. Savannah Group report said the “greater diversity of knowledge and experience surrounding CEOs, the richer the insight they can draw on to deal with unprecedented challenges. One positive that did arise from the pandemic was the way in which it focused and aligned the attention of entire leadership teams on a single objective.”

In the absence of a crisis, however, the number of strategic imperatives at a company can quickly multiply, resulting in a lack of focus. Clearly no business can be run in a perpetual state of crisis, so the CEO has to ensure that clarity of vision is maintained, and that the organization stays aligned behind a common goal and clear set of objectives.

The Savannah Group said that the most effective leadership styles are underpinned by drive, humility and inspiration. In a world of complex organizational structures and joint venture partnerships that require greater collaboration, leaders whose natural style is to influence and persuade, rather than command and control, are more successful.

“As seen during the COVID-19 pandemic, crises illuminate leaders’ strengths, but they also expose their weaknesses,” the Savannah Group report found. “Sometimes people’s weaknesses in a crisis are just overplayed strengths. A typically collaborative CEO can become over-reliant on the opinions of others. Equally, those who tend to be clear and decisive in a normal working environment can become dictatorial or overbearing.”

Yet whatever flaws are highlighted, the most authentic leaders, who engage well with all of their stakeholders, are most likely to thrive. “Exceptional leadership is as much art as science, and we cannot entirely codify it any more than we can bottle and sell it,” said the report. “Nevertheless, in a business environment increasingly defined by volatility, disruption and change, these elements of leadership DNA will be strong predictors of the most successful CEOs in the years ahead.”

Related: COVID-19 and Its Impact on Human Capital