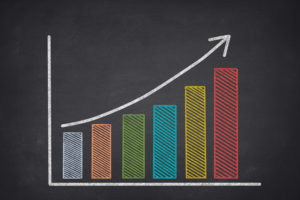 December 17, 2019 – Odgers Berndtson has named Mark Sloan as partner and leader of the firm’s industrial, energy, and infrastructure practice across Australia and New Zealand. With more than 13 years of experience, Mr. Sloan joins the industrials practice specializing in senior executive and board appointments.

“Mark will be a great addition to the team as our growth continues. Mark’s experience, reputation and knowledge will be a huge asset to Odgers Berndtson both here in Australia and overseas,” said Tim Sleep, managing director Australia and New Zealand.

Mr. Sloan previously served as a general manager of Davidson, an executive search firm based in Sydney. Before that, he was a partner with Watermark Search International. Prior to that, Mr. Sloan was an associate director at Oceans Group Search and Selection.

“I am delighted to announce my appointment to lead the Industrials practice of Odgers Berndtson in Australia and New Zealand,” said Mr. Sloan. “Odgers Berndtson has an unrivalled reputation in the Industrials market globally and I see this as a fantastic opportunity for me to leverage the firm’s global network and knowledge base to deliver outstanding results for our clients.”

Odgers Berndtson has recently experienced a wave of growth. In October, the firm added Jon Barney as a partner and head of its just launched aerospace, defense & national security practice. Mr. Barney, who has more than 20 years of executive search, leadership development and management consulting experience, is based in the firm’s Washington, D.C., office. Before joining Odgers Berndtson, Mr. Barney was a senior partner at Korn Ferry where he advised aerospace and defense clients.

In June, the firm inked a new partnership in France with the addition of Singer & Hamilton, a 30 year-old search firm that specializes in executive search and executive assessment with strong expertise in financial services, life sciences, technology, industry, fashion, luxury and private equity. Singer & Hamilton immediately changed its name to Odgers Berndtson France and will work directly with all of the firm’s entities, but will focus its attention on its largest European offices based in Germany and the Netherlands.

Odgers named Maureen Ryan as a partner in its healthcare practice. She leads the firm’s U.S. health systems team. A former international health systems executive, Ms. Ryan works with boards and executive teams to custom-build comprehensive talent strategies. She will also be a member of Odgers Berndtson’s board and CEO practices. She is based in the firm’s Washington, D.C. office.

Last spring, the firm named Jamie Crittenberger as a partner in its U.S. sports practice. He is based in Washington, D.C. Mr. Crittenberger joined Odgers from Spencer Stuart, where he was a member of that firm’s global consumer practice and co-leader of its North American sports business practice.

Check Out These Related Articles On Search Firm Growth: