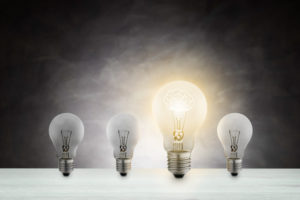 June 18, 2020 – The executive search field continues to be a welcoming landing pad for HR executives looking for a career change. Recently, Naughtin Group, a woman-owned national executive search firm based in Minneapolis, MN, expanded its senior leadership team with the addition of HR veteran Mike Carey as senior partner. In his role, he will lead client searches in multiple functional areas.

“Mike and I have wanted to work together for years, said Terri Naughtin, CEO and founder of Naughtin Group. “He has a talent for search and an ability to look past resumes. Mike has a nose for finding candidates who fit in culturally and contribute to the long-term success of an organization. In our industry, he’s one of the best and has been sought after by many firms. I have great respect for Mike, and we’re very excited to have him.”

Throughout his career, Mr. Carey has worked as a chief human resources officer in the technology, life sciences, financial and professional services industries. In his most recent position at a publicly-traded, global technology company, he built a high-touch and high-volume recruitment team. He has also led and designed multiple leadership development programs and talent management solutions. Previously, Mr. Carey was CHRO of SPS Commerce. In this role, he was a global leader of HR team of more than 20 people, supporting over 1,400 employees in eight locations in North America, Europe and Asia/Pacific. He led the HR function during a time of significant growth, change and success.

“I love finding high-performing executives who are not the obvious choice, but the best one for the position,” said Mr. Carey. “There are so many underlying competencies, values and skills a candidate can bring to a work environment. It excites me to find a top talent who is a perfect fit but would likely not have been chosen based on their resume.”

Mr. Carey said he was attracted to Naughtin Group for several reasons, including its dedication to in-house research.

“Our custom, in-house research gives us access to the top talent our clients require and will allow Mike to focus on what he does best—getting these top candidates engaged and excited about the opportunity at hand,” said Ms. Naughtin.

Naughtin Group partners have expertise in the recruitment of C-level, board directors and other senior-level executives across multiple functional areas (including finance, HR, IT, sales/marketing, supply chain, communications, R&D, etc.) with a focus in the consumer, retail, hospitality, healthcare/life science and manufacturing sectors.

Ms. Naughtin has led and managed hundreds of executive search assignments across multiple industries throughout North America, Europe and Asia during her career of more than 30 years. Representing Fortune 500 companies as well as small to mid-sized organizations, she has worked closely with a diverse selection of companies and their boards, CEOs and CHROs and search committees.

“I have worked with Terri and her team on many executive searches for Ametek,” said Mindy Mazer, Ametek’s corporate director, talent acquisition. “They are incredible to work with especially on the most challenging searches.”

Executive search firm Positive Moves, based in Gurgaon, in India, expanded with the addition of former CHRO Gautam Anand as a partner. He joins a growing list of HR executives who have turned to the executive search sector for a new career path. Previously, Mr. Anand served as CHRO at Airtel, where he led the people agenda during a period of intense industry disruption and proved instrumental in guiding the company to become a digital products company.