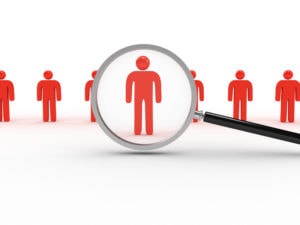 May 21, 2019 – After suffering a massive hit during the Great Recession, employment and hiring within the travel, restaurant, hotel and hospitality industry continue to rebound. Last year, according to one set of survey metrics, the industry added more than 527,000 jobs (2.6 million since 2004). Overall, the industry is estimated to generate an economic impact of $6.5 trillion worldwide this year. In the U.S. alone, the $1.5 trillion industry accounts for nearly eight million jobs – more than five percent of the total jobs nationwide. This has created a massive uptick of hiring within the sector.

Ms. Sweeney joined the organization 12 years ago, and since then NRA membership has grown by almost 50 percent. “Serving and leading the restaurant industry during this historic timeframe, when food service has grown to an $863 billion business employing over 15 million professionals, has been the most fulfilling experience of my career,” she said.

Until Ms. Sweeney leaves the organization, she will help Spencer Stuart and the NRA board find her replacement and work to gain the governing body’s approval of the NRA’s 2020-2024 strategic plan. “It is vital to me that we work to ensure the association and foundation have a smooth and seamless transition to plan for the future,” Ms. Sweeney said.

“Dawn has been an extraordinary leader for the restaurant and food service industry during a time of both challenge and opportunity,” said Joe Essa, 2019 association chair and president and CEO of Wolfgang Puck Worldwide. “The organization is well-positioned to continue to fulfill its mission to advance and protect the industry and has a strong foundation on which her successor will build.”

Check Out These Related Articles On Searches For Restaurants: