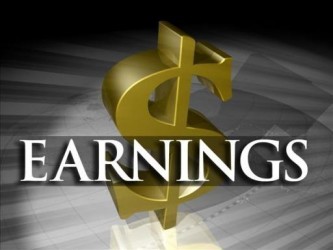 August 5, 2015 – Moster Worldwide, Inc./(NYSE:MWW) has posted revenues of $180 million for the second quarter ended June 30, 2015, a decline of two percent from revenues of $194.4 million in the comparable quarter of 2014. Revenues from the company’s Careers – North America operations decreased five percent year-over-year while revenues from Careers – International increased three percent at constant currency and decreased 11 percent at actual rates. Non-GAAP net income was $9 million, or $0.10 per share, compared to $7 million, or $0.18 per share, last year. The results beat Wall Street expectations. The average estimate of six analysts surveyed by Zacks Investment Research was for earnings of eight cents per share.

“Our quarterly results exceeded our expectations as we continue to execute our transformative strategy while improving profitability,” said Tim Yates, president and chief executive officer. “We are increasingly confident that our family of new strategic products are additive to our traditional core products and provide a superior competitive solution for our customers. Our focus on sales execution in North America is beginning to prove effective. Internationally, our Asia Pacific region also continues to perform well. Europe is lagging North America and Asia Pacific as we continue to encounter market and competitive headwinds.

“Monster has been attempting a modern rebrand in an effort to restore the company to Internet recruiting dominance,” said Scott A. Scanlon, founding chairman and CEO of Hunt Scanlon Media. Nearly three years in development, Monster’s collection of new initiatives has been aimed at enhancing the job search experience for recruiters, employers, and job seekers.

“The reality is the talent management market has radically shifted, and continues to do so,” said Mr. Scanlon. “When the last economic downturn forced companies to cut recruiting costs, more economical platforms like LinkedIn rose in dominance. That has forced talent providers like Monster to essentially watch from the sidelines ever since.”

Monster Worldwide shares have risen 31 percent since the beginning of the year but have declined nearly nine percent in the last 12 months.