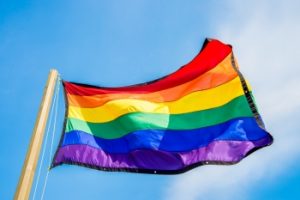 September 14, 2017 – Executive search firm McCormack + Kristel has placed Jaime M. Grant, Ph.D. as the executive director of PFLAG National, the nation’s largest and oldest organization uniting families and allies with people who are lesbian, gay, bisexual, transgender and queer (LGBTQ). Dr. Grant, a longtime social-justice leader and innovator, assumes leadership of an organization with over 200,000 members and supporters, and nearly 400 chapters nationwide.

“As PFLAG enters its 45th anniversary year in 2018, we are thrilled to have Jaime’s strong and visionary leadership moving us forward,” said Jean Hodges, PFLAG National board president. “She has extensive experience as a thought leader in progressive movements, and formidable credentials as a researcher, author, and fundraiser. Having Jaime at the helm signals PFLAG’s resolve to advance the fight for LGBTQ people and their families, who continue to struggle in this increasingly stressful and violent environment; and to educate, engage, and empower a new generation of allies, who are so crucial to this movement,” she said. “She is a bold choice for PFLAG National, at the right time.”

Dr. Grant has been active in feminist and LGBTQ movements for three decades, serving previously as the policy institute director at the National LGBTQ Task Force and as founding executive director of the Arcus Center for Social Justice Leadership at Kalamazoo College. Recently, she was founder and director of the Global Trans Research and Advocacy Project, supporting transgender researchers and activists in the global south. Dr. Grant also has numerous books to her credit, including as co-author and principal investigator for Injustice at Every Turn: A Report of the National Transgender Discrimination Survey, co-published by the National Center for Transgender Equality and the National LGBTQ Task Force.

“I’ve been ‘in training’ for this job my whole life,” said Dr. Grant. “I survived an extremely painful coming-out process in my family – an estrangement that lasted over a decade. And I am mom to two wonderful children, including a proud bisexual son who ran his high-school GSA. I believe so strongly in PFLAG and its work, which over the past 45 years has created a tremendous cultural shift in parenting values, and fires up advocacy by families and allies. I am honored and thrilled to accept this position.”

“PFLAG has made an exciting choice in Jaime Grant as their next executive director,” said Rea Carey, executive director, National LGBTQ Task Force. “She brings her brilliance, her fundraising abilities and her vision to the role. Throughout her life, Jaime has demonstrated the true meaning of family and community. I look forward to working with her.”

Darlene Nipper, CEO of Rockwood Leadership Institute said Ms. Grant was an inspired choice for the role. “These are tough times for so many in our communities facing extreme hate speech and tactics,” she said. “Having worked so closely with Jaime Grant, I know her radically inclusive and visionary leadership will ensure transformation happens family by family. Guided by this leadership, the love, support and advocacy that PFLAG offers will make a real difference, particularly for trans and queer people of color.”

Nearly two million non-profit organizations employ 10.7 million people and produce revenue in excess of $1.9 trillion, according to labor reports. That figure elevates non-profits as the third-largest employer. “One in 10 jobs in America is a non-profit job,” said BoardWalk Consulting managing director Kathy Bremer, whose clients include global, national and local non-profits and foundations. “It’s a really significant economic contributor as a sector.”

Effective leaders in the non-profit sector tend to be creative and innovative visionaries who stay true to their organization’s mission. Above all else, they need to be strategic business minds who can identify and motivate the key stakeholders whose philanthropy pulls everything together. Here’s some further reading from Hunt Scanlon Media.

Why Recruiters Fixate On Fundraising Skills
With companies being pressured to find leaders who can play a major role in fundraising, recruiters are scurrying to find talented candidates to satisfy the demand. Pure fundraising will need to pick up more of the burden for sustaining organizations and their missions.

“As someone deeply immersed with families and schools working to support children whose gender identities span the continuum, I am thrilled to know Jaime Grant has been named to lead PFLAG,” said Aidan Key, executive director, Gender Diversity. “Her understanding of intersectionality is needed today more than ever. The complex ways youth define and embrace their gender, racial, and sexual identities makes it hard for society to keep up. Jaime Grant is the ideal person today to lead PFLAG in bridging this generational paradigm shift.”

PFLAG is the nation’s largest organization uniting families, allies, and people who are lesbian, gay, bisexual, transgender, and queer. It is committed to advancing equality through its mission of support, education and advocacy. It has nearly 400 chapters and 200,000 supporters crossing multiple generations of American families in major urban centers, small cities and rural areas in all 50 states and Puerto Rico.

Last year, managing partner Joseph McCormack announced the formation of a new business partnership with Ms. Kristel, a former non-profit executive and an associate with the firm since 2013. The new partnership, McCormack + Kristel LLC, provides executive recruiting services for non-profit and philanthropic organizations. The firm’s mission is to ensure that all qualified candidates — especially gay, lesbian, bisexual and transgender people, racial and ethnic minorities and candidates irrespective of age — are given equal opportunity for consideration.

“McCormack + Kristel will build upon our 23-year reputation for excellent service and continue to expand our national recruiting practice,” said Mr. McCormack. “Michelle’s experience as a non-profit leader is a great value-add for our clients. Because she has served in and managed many of the positions our clients seek to fill, she has great instincts for finding talent and making successful placements.”