Menu
View our Events
Stay Connected:
Recruitment doesn’t end when a new hire shows up for their first day. A study by BambooHR reveals the challenges of, and answers to, keeping new employees from abandoning ship. 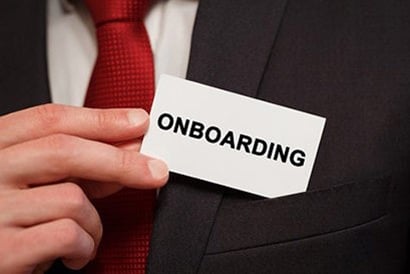 October 4, 2018 – Companies invest a lot of time, effort and money into finding talent. Yet 31 percent of new hires actually leave in the first six months of their new employment, according to a study by human resources software company BambooHR.

What’s more, a steady stream of employees left from the first week through the third month, said the report, “The Definitive Guide to Onboarding.”

From one week to three months, the exit rate consistently hovered at 16 to17 percent. In other words, the average company is losing one in six of their new hires each month for the first three months.

Too many companies believe that the recruitment process ends when the new hire shows up on their first day ready to work. But that’s hardly the case, says Lindon, UT-based BambooHR. “You must be recruiting well into your new hire’s first few months,” said the report. “In fact, studies have shown that most new employees (87 percent of them according to a study by the Aberdeen Group) aren’t fully committed to a new job for the first six months.”

In seeking to gain better insights into onboarding and new-hire orientations, BambooHR surveyed 1,005 employed individuals in the U.S. over the age of 24 via an online survey and asked what was most important to them when they started new jobs.

The results were revealing. Many new hires aren’t fully invested when they start a new job, said the report. Sometimes the company simply has no control over the situation. “Offers are rolling in,” said the report. “Your new hires were actively looking for jobs, and your company was probably not the only one that interviewed them. Your new hires may still be getting offers from interviews that occurred before they accepted your offer (and well, the other offers may be for more money or have better perks).”

In many cases, the new hire was still looking for the right job. “Lots of people suffer from buyer’s remorse,” said the report. “If you think your new hires don’t suffer the same type of self-doubt about a job, you’re kidding yourself (especially in the first several weeks when there’s so much information to take in and they don’t really feel attached yet).”

Many new hires, meanwhile, are actually still deciding on a career path. “Our research shows that a vast majority of people who quit jobs in the first six months left entry-level (43 percent) or intermediate (38 percent) positions,” said BambooHR. “And 28 percent of respondents who quit early ‘decided the work was something they didn’t want to do anymore.’ They weren’t really sure what they wanted to do when they accepted your offer.”

Still, companies do have some control over keeping their new hires. Survey respondents who left within the first six months said the following factors would have helped them to stay at their new jobs:

As such, said BambooHR, many companies would be wise to take the following seven steps to revamp their onboarding process:

People need to know exactly what their current role entails, which responsibilities they need to take over and the steps to take to get it all done, said the report. If you have processes set up, they need to be shared with your new employees before they begin working on their first projects. Also, be sure to share who will be a part of the process, checks and balances and how they can see their projects through.

Your employees also will want to know how their performance will be measured. We all want to do well at our jobs and that can be hard to do when we don’t know how we will be evaluated. It should be an open line of communication between the manager and the new hire. The new hire should be free to ask questions upfront and along the way. Be sure to check in often to make sure everything is going as planned.

Twenty-one percent of employees who left in the first six months cited their reason for leaving that they weren’t “given the training they needed,” said the report.

You hire someone because there’s a job you need done. If you aren’t communicating what new hires are supposed to be doing and arming them with the tools to do it properly, you’re setting them up to fail. Empower them with training and tools so they can provide the help you needed when you decided to list that job opening.

You also don’t want to inundate your new hires with too much information. While it’s important to get your new hire ramped up and productive quickly, you also need to make sure you provide on-the-job training in a manageable flow. Remember that it’s hard to start out at any job. There’s a lot to learn.

Approach each new employee like you have them for a period of time — and during that period of time, you are committed to helping them to develop. You’ll be setting them up for success at your company. 76 percent of new hires said on-the-job training was the most important thing they need to become productive quickly.

New hires want to feel accepted by your team. A friendly smile or helpful coworker can go a long way in keep new hires on board.

Another thing you should be doing is making sure the new hires feel valued, said the report. Part of this includes making sure everyone is excited they’re there.

Recognition and rewards confirm to employees that their work is valued. It helps us to know that others see the value and respect us for it. In fact, from study after study, employee recognition is the biggest factor in motivating people in the workplace.

Why Onboarding Is Key to a Successful Recruiting Strategy
A search firm’s job is just starting once a candidate is selected. Onboarding is what determines just how successful every new leader will be in their new role. Egon Zehnder takes us inside the process and reveals how they ensure incoming executives stick around for a while.

You need motivated employees to get the very most out of them. Your new hires are just the same. They need to know which actions are acceptable and will be recognized, and that guides employees in the right direction. This is especially helpful with new employees and during those first six months when employees are still deciding if they’re going to stay at a new job, but also keeps your seasoned employees on the right path.

Reviewing and giving thoughtful feedback on your new hire’s early contributions are also important during onboarding.

Managers need to be involved in onboarding. You can’t just leave it to HR. New hires prefer their manager be the one to guide them during those first weeks on a new job. Can you show your new hires your commitment to them by making sure they have who they need to be in charge of starting them off on the right foot?

It just makes sense that the person who will be overseeing the work and will be directly affected by the employee’s contribution — and whose success also depends on what work is done — will be the one to get a new hire started. He also knows more about the job than HR or a team member with a different role.

While HR can be a huge support, HR does not control whether onboarding is a success or not. The manager or supervisor of that position ultimately determines the success of onboarding.

Pair up your new hires with seasoned employees who will take interest in their careers and will be available to answer question—even the silly little ones people feel intimidated to ask a boss or manager.

A mentor should help make transitioning to the new job easier, ensuring the right training is happening. The mentor should also be willing to check back over and over throughout the first several months on the job.

7. Focus on the stuff that really matters

New hires want you to focus your efforts on the things that set them up for success, said BambooHR. Less than one percent of our respondents said that free food or extra perks would have made a difference to whether they stayed on or left a new job.

If you think offering up a free lunch or a box of donuts can help cover up an inefficient onboarding plan, don’t count on it. That is particularly telling at a time when companies tout their cool cultures with free espresso machines, state-of-the-art in-house cafes, catered gourmet meals and free dry cleaning. But that’s not really what matters: New hires want to learn how to do their job and the inner workings of your company. In short, they want to start doing meaningful work and contribute fast!

BambooHR is an American technology company that provides human resources software as a service. Founded in 2008 by Ben Peterson and Ryan Sanders, the company’s services include an applicant tracking system and an employee benefits tracker.