Menu
View our Events
Stay Connected:
Gail Samuel becomes the eighth leader in the BSO’s storied history. The iconic musical institution wanted an individual with a passion for symphony orchestras, business acumen and a pioneering spirit. “Gail is the rare leader who meets and exceeds all of these requirements,” said the BSO. 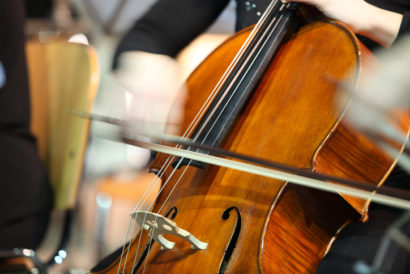 March 5, 2021 – Russell Reynolds Associates has assisted in the placement of orchestral music executive Gail Samuel as the first woman president and CEO of the Boston Symphony Orchestra (BSO). She becomes the eighth leader in the organization’s storied 140-year history, succeeding Mark Volpe, who led the Boston Symphony for 23 years. Katherine Armstrong, leader of Russell Reynolds Associate’s arts & culture practice, headed the assignment. Ms. Samuel was selected following a rigorous, international search that began last April. She was approved unanimously by a full board vote upon receiving the unanimous recommendation by the ad hoc president and CEO search committee.

“When we commenced our search for the next leader of the BSO, the ad hoc president and CEO search committee was tasked with a tall order — to find a leader with a passion for symphony orchestras, a precise and proven business acumen, and a pioneering spirit that can build new audiences, reach diverse communities and expand our digital capacity and impact alike,” said Barbara W. Hostetter, chair-elect, board of trustees, and chair, the ad hoc president and CEO search committee. “Gail is the rare leader who meets and exceeds all of these requirements. She holds an innate love and appreciation for music and how it is presented, as well as a deep understanding of the orchestral art form.”

“As an accomplished orchestra executive, she is well-versed in the particulars of strategic management, from marketing, audience development, revenue growth and fundraising to meaningful community engagement,” she said. “Her understanding of classical music, business, and most importantly, the critical intersection of the two, is impressive, and we look forward to her skilled stewardship of the BSO.”

An accomplished classical music executive with deep orchestral knowledge, Ms. Samuel is widely recognized for her collaborative relationships with musicians, keen business acumen, and creative vision for new partnerships and programs. Currently president of the Hollywood Bowl and chief operating officer of the Los Angeles Philharmonic, she holds three decades of experience in orchestra management.

Ms. Samuel will join the BSO after providing 25 years of senior leadership to the LA Phil, concluding a successful tenure that produced record financial growth, thriving community partnerships, and a number of groundbreaking programs and performance spaces widely considered the industry “gold standard.” She is credited for transforming and expanding the reach of the Hollywood Bowl, the iconic music venue that serves as the summer home for the LA Phil, and is a popular arts destination for the Southern California community. Prior to joining the Los Angeles Philharmonic, Ms. Samuel held positions with the Minnesota Orchestra, Yale University, Boston University Tanglewood Institute and the Young Musicians Foundation

“Gail’s impact on the Los Angeles Philharmonic, and by extension, the Los Angeles arts community, was widespread and cannot be overstated,” said Susan W. Paine, chair, board of trustees for the Boston Symphony Orchestra. “Motivated by a true musician’s sensibility, Gail spearheaded the advancement of many of the Los Angeles Philharmonic’s now signature initiatives. She holds a sincere belief in the power and vitality of classical music, and the philosophy that cultural institutions carry a civic responsibility to serve their surrounding communities. The BSO shares these values, and we are eager to have Gail’s wisdom and expertise in Boston, particularly as we look to grow and engage with a changing Boston in new and exciting ways.”

“I am extremely excited to be welcoming Gail Samuel to our wonderful BSO Family, as our next President and CEO,” said Andris Nelsons, the Ray and Maria Stata BSO music director. “With Gail’s arrival in June to start her tenure as the next BSO’s executive leader, we begin a new chapter in the orchestra’s celebrated 140-year history, and face these unprecedented times of change, challenge and opportunity with a renewed spirit of possibility. Following in the footsteps of Mark Volpe and the many esteemed BSO leaders before him, Gail will continue to build upon the orchestra’s extraordinary accomplishments and create a bright and exciting future that deeply resonates with the orchestra’s communities in Boston, the Berkshires, and throughout the world.”

Arts Consulting Group Seeks New Leader for Martha’s Vineyard Museum
Boston-based search firm Arts Consulting Group has been enlisted to find the next executive director for the Martha’s Vineyard Museum in Vineyard Haven, MA. President Bruce D. Thibodeau is leading the assignment. “Reporting to the board of directors, the executive director will serve as a forward-thinking chief executive officer of the newly revitalized MVM, with overall responsibility for the execution of its mission and achievement of its vision,” said the search firm. “An outgoing leader, the executive director will be committed to museum excellence and possess a deep appreciation for the changing museum field, community engagement and high-quality visitor experiences.”

“Gail Samuel is one of the country’s most accomplished leaders in the world of music,” said Mark Volpe, the Eunice and Julian Cohen BSO president and CEO. “I am pleased that Gail will guide the orchestra through its next chapter, post-pandemic, and I am certain she will inspire new ideas and thinking that will ensure the BSO continues to flourish by bringing its extraordinary gifts to the widest possible audiences for many years to come. The Boston Symphony Orchestra’s legacy of achievements, built upon decades of dedication by its musicians, boards, staff, and management, represents commitment to the highest standards of institutional excellence. The Boston Symphony Orchestra is certain to continue to thrive and prosper under Gail Samuel.”

Now in its 140th season, the Boston Symphony Orchestra gave its inaugural concert in 1881, realizing the dream of its founder, the Civil War veteran/businessman/philanthropist Henry Lee Higginson, who envisioned a great and permanent orchestra in his hometown of Boston. Today the BSO reaches millions of listeners, not only through its concert performances in Boston and at Tanglewood, but also via the internet, radio, television, educational programs, recordings and tours.

Russell Reynolds Associates is a global leadership advisory and search firm. Its 425-plus consultants in 46 offices work with public, private and non-profit organizations across all industries and regions. It is ranked by Hunt Scanlon Media as the third largest search firm in the Americas.

Ms. Armstrong advises non-profit organizations on a range of leadership issues and challenges. On a national basis, she specializes in working with cultural, educational and philanthropic institutions, including a particular expertise in fine arts museums, natural history and science museums, historic preservation organizations, performing arts centers and other cultural institutions.

Ms. Armstrong has also conducted a wide range of executive searches for top-ranked private and public universities and colleges, community foundations and social justice organizations, recruiting deans, institute directors and senior diversity officers. She focuses primarily on CEO searches, and has extensive experience around succession planning and governance, as well as the recruitment of transformational executive teams. Ms. Armstrong is a member of the search firm’s arts & culture, education, diversity and inclusion and social justice practices. She is based in Boston.