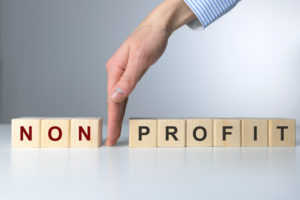 September 24, 2019 – Non-profit executive search firm m/Oppenheim Associates has been enlisted to find a chief executive officer for River LA, which is dedicated to revitalizing the Los Angeles River. Principals Mark Oppenheim and Patrick Salazar are leading the assignment for the San Francisco-based firm.

The River LA board of directors is seeking a politically astute fundraising executive and movement-builder to transform ideas and design into improvements for all 51 miles of the LA River, said m/Oppenheim Associates. Strong experience in movement building, community and political organizing, and public financing of transformative projects in Los Angeles and beyond is a requirement.

The CEO will report to the board and is accountable for managing all: operations, staff, community outreach, education and advocacy; all budgets, financial controls and the administrative infrastructure; and for advancing support of public and other financing for improvements to the Los Angeles River.

River LA’s next leader will be expected to shape, interpret, enhance and operationalize the strategic initiatives adopted by the board consistent with the organization’s mission and vision; develop the organization’s brand while galvanizing public and financial support for changes to the Los Angeles River; achieve fiscal stability; cultivate partners; and increase contributed and earned revenue sufficient to strengthen the organization as it advances its work.

The CEO is expected to work closely with the staff to build the organization’s reputation as a voice for positive change along the river, and be a strong advocate for bringing together diverse and sometimes divergent interests in Los Angeles County in order to redevelop the river, said m/Oppenheim Associates.

The CEO will have four overarching priorities in the first 18 months: understand all facets of River LA as well as the diverse River LA constituencies and the dynamics among them; significantly improve earned and contributed revenue required to sustain River LA as it pursues its mission; work with the staff, board and volunteers to continue the advocacy, support and cohesion among its key partners; and concretely and measurably advance public support and financing for large scale projects along the Los Angeles River.

River LA’s CEO will be expected to be an entrepreneurial leader, roll-up-your-sleeves manager, and a politically astute big-picture thinker, said the search firm. The leader’s work will ideally include senior-level managerial, political or community organizing, movement building, public financing, lobbying and advocacy or other related experience, with particular emphasis on large projects in urban areas that impact many groups and communities with diverse and divergent interests.

Candidates should also have experience with public funding and financing for such projects. A strong connection to and knowledge of Los Angeles County and California will be a distinct advantage; experience with networked organizations in Los Angeles and Sacramento is desirable. Proven ability to gain financial support from diverse sources (foundations, corporations, individuals and government) or, if coming out of the commercial sector, success in obtaining private and government funding for projects is also sought.

Familiarity with different tools for movement building would be advantageous, including use of data, web sites, mobile apps, and the services/interactions that can be built with them, said m/Oppenheim Associates. Advocacy and persuasion experience to build strategically meaningful partnerships and sell ideas to officials, journalists, think tanks, community and public interest organizations, businesses, other advocates, the public, etc. would also be valuable.

Founded in 2009, River LA’s mission is to transform all 51 miles of the Los Angeles River in ways that improve the quality of life in Los Angeles County, while still preserving this highly engineered river’s public safety and flood control purpose. The organization seeks public support and financing at the county, state and federal level for enhancing the river in ways that are sound from environmental conservation, urban planning and community development perspectives. In 2014 River LA recruited architect Frank Gehry and his firm to develop design ideas for revitalizing the river and its communities.

m/Oppenheim Associates was founded by Mark Oppenheim after a 28-year career in organizational development, professional services and executive search consulting. The organization goes back to two firms founded by the Oppenheim family: CM Oppenheim & Associates, a New York-based company which later extended its operations into Europe, and Phillips Oppenheim, based in New York and focusing on service to non-profits.

After a career spanning the business, non-profit and government sectors, in 2003 Mark Oppenheim joined Phillips Oppenheim and upgraded the firm’s operating infrastructure, founded the West region’s office, extended its presence nationally and drove an expansion of its business. In 2008 the East and West regions split, and Mr. Oppenheim and his team founded m/Oppenheim Associates.

Mr. Salazar has served diverse non-profits for over 25 years, including helping the Assistance League of Los Angeles, Pacific Battleship Center, University of Utah, Pierce College, East LA Classic Theatre, the Harry S. Truman Scholarship Foundation, among other non-profits to raise funds and achieve management excellence. He previously served with the U.S. Navy aboard the aircraft carrier USS Coral Sea, and received the Navy Expeditionary Medal and the Meritorious Unit Commendation for service during the Iranian Hostage Crisis in 1980.