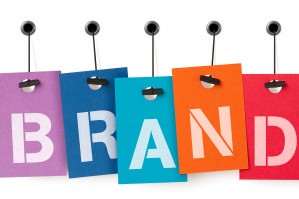 In his new role, Mr. Selkowitz will be charged with providing both strategic leadership and hands-on tactical execution of the organization’s brand marketing and communications efforts. He brings to AmeriCares nearly 20 years of senior marketing and strategy experience, including work with some of the world’s most recognizable brands.

Mr. Selkowitz previously served as a VP at iHeartMedia, where he oversaw the mass media company’s partnerships with leading brands including American Express, AT&T, Coca-Cola and Johnson & Johnson. He also headed up U.S. business development for Simon Fuller’s XIX Entertainment and spent 10 years at The Coca-Cola Company.

“We are excited to have Jed join our senior leadership team. He has a strong track record of building brands and forming strategic partnerships with some of the best-known global companies,” said AmeriCares president and CEO Michael J. Nyenhuis. “His creativity and focus on delivering results will elevate the AmeriCares brand to the next level.”

AmeriCares is a non-profit disaster relief and global health organization providing immediate response to emergency medical needs and supporting long-term healthcare initiatives for people in the U.S. and around the world.

Lochlin Partners, based in the Washington, D.C., area, conducts searches for board and executive-level positions within government & corporate affairs, government contracting, technology & services, higher education, the public sector, financial services, and healthcare (including biotech and pharmaceuticals). Over the past year, the firm has placed Paul Allvin as SVP of marketing and communications at United Service Organizations, Richard Trowbridge as CFO at AmeriCares, and Barbara Polk as VP of HR at the National Restaurant Association.