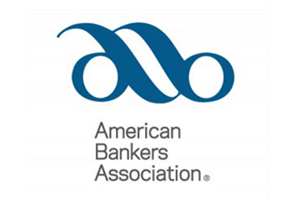 “I am thrilled that Naomi has agreed to join ABA at this important moment for the banking industry,” said Rob Nichols, president and CEO of the organization. “Her years of experience in the industry, on Capitol Hill as a top banking policy staffer and as a lawyer make her ideally suited for this critically important new role. She will ensure ABA’s already powerful voice on behalf of America’s banks grows even louder and more effective.”

Ms. Camper, who has worked in top advocacy roles for JPMorgan Chase since 2005, most recently served as managing director and head of the bank’s Office of Non-Profit Engagement, which works strategically with non-profit organizations representing low- and moderate-income communities, communities of color and people with disabilities.

Before joining JPMorgan Chase, Ms. Camper oversaw consumer public policy for the bank. Earlier, she led the institution’s Federal Government Relations team during a time of significant change to the banking policy and regulatory landscape. Ms. Camper is one of Washington’s most experienced policy experts, said the ABA. She serves on the boards of Prosperity Now and Temple Sinai, and on the Fair Housing Act’s 50th Anniversary Advisory Council of the National Fair Housing Alliance.

“Communities thrive when they are served by banks of all sizes that are dedicated to the long-term financial health of their customers,” said former Sen. Tim Johnson, a Democrat from South Dakota, for whom Ms. Camper served as staff director from 2001 to 2005. “Naomi understands that sound public policy comes from considering a wide variety of viewpoints and finding balanced solutions. She will be a tremendous asset to ABA.”

Curt Everson, state executive for the South Dakota Bankers Association who worked with Camper on Capitol Hill, described Ms. Camper as a perfect choice for the role. “She will be an incredible advocate for community banks in South Dakota and across the country,” he said. “Naomi understands the policy challenges facing banks today, and her depth of experience will allow her to develop the reasoned solutions the industry needs.”

The chief policy officer position was created last fall as part of a broader restructuring designed to ensure that the ABA could provide its membership with the most comprehensive Washington policy and regulatory resources available. Ms. Camper will oversee and coordinate all of the association’s policy functions, including federal and state legislative affairs, regulatory affairs, the office of the chief economist and ABA’s mortgage and tax and accounting policy groups.

“I welcome this new challenge and the opportunity to join the talented policy team already assembled at ABA,” said Ms. Camper. “I look forward to working with members from across the country to ensure banks face a policy environment that promotes inclusive economic growth and allows them to serve their customers and communities.”

The American Bankers Association represents the nation’s $17 trillion banking industry, which is composed of small, regional and large banks that together employ more than 2 million people, hold $13 trillion in deposits and extend nearly $10 trillion in loans.

For almost 20 years Mr. Friel has provided executive recruiting and leadership advisory services to a broad range of clients. He works extensively with government, technology and professional services organizations, trade and membership associations and non-profits, helping build their management teams.

Ms. Wright has over 20 years of experience in the executive recruiting industry. She has completed searches for CEOs, board members, presidents and other functional vice presidents at start-up firms, small and medium sized public and private firms, Fortune 100 corporations and leading non-profit groups.