Menu
View our Events
Stay Connected:
Eighty percent of executive jobs are unlisted. Lead5 reveals them to members on a confidential platform. Let’s take a look at how some newly designed features can give top executives – with an emphasis on the private equity sector – a competitive edge in their job search. 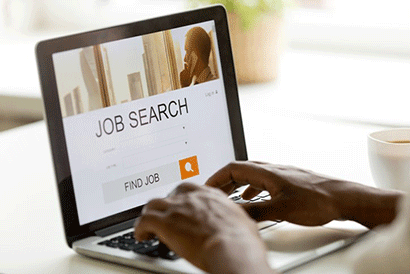 March 1, 2019 – Lead5, a provider of hidden executive jobs and market intelligence, has made enhancements to its platform that it says will give job-seeking executives confidential access to the hidden and often secretive executive recruiting world. This latest round of enhancements is expected to provide even more targeted opportunities to top candidates who are looking for a competitive edge in their executive job search, with an emphasis on the private equity sector, said the Alpharetta, GA-based outfit.

“Our latest enhancements serve to empower Lead5 members by offering them the earliest and most personalized access to the hidden executive job market, which has remained veiled for decades,” said co-founder and CEO Josh Wimberley. “I get excited when Lead5 members reach out to me and credit us with helping them land their latest opportunity.”

Mr. Wimberley said he was particularly enthusiastic about Lead5’s new private equity deals feature. “I spent nearly two decades as a senior partner and practice leader at a leading executive search firm, and I’ve helped hundreds of CFOs successfully transition into their next role,” he said. “My CFO contacts have expressed to me a desire to stay continually apprised of the dynamic private equity world. I’m excited to deliver a one-stop shop experience where CFOs can learn all the salient details of the latest PE-backed deals in near real-time filtered by industry and region.” Mr. Wimberely spent 14 years with Korn Ferry as a senior client partner.

Some of the enhancements to Lead5’s platform include:

Private equity jobs and intel. Seventy percent of private equity deals result in executive leadership changes at the portfolio company, said Lead5. The company now reports these deals and the resulting job opportunities in near real-time.

Hyper-targeted hidden job opportunity notifications. Members will receive email notifications based on job criteria that they set with Lead5’s proprietary “My5” filters to find the right fit.

Personalized dashboard and advice. Lead5 offers a personalized summary view of opportunities and news to allow members to quickly home in on important intelligence information. Lead5 added suggestions for “contacts to know” and “actions to take” to guide prospects.

The primary aim of the new release is to provide a high degree of specificity and personalization that respects its members’ busy lives and makes their executive job search more efficient and successful, said the company.

Lead5 is a confidential subscription-based web platform created to help executives find hard-to-get information about the executive job world. The platform serves members ranging in level from directors/VPs to CEOs. The compensation level of members starts at $200,000, the company said.

The company was founded in 2013 by Mr. Wimberley and Mike Russ, chief operating officer.

Mr. Wimberley, who worked in traditional executive search for 20 years, was previously head of the financial officer practice in North America for Korn Ferry. His focus was on recruiting CFOs across multiple industry sectors. He also served as director of human resources for Ivie, a marketing communications business in Flower Mound, TX.

The Top 10 Emerging Talent Trends for 2019
If 2018 was all about who was getting jobs, 2019 may be about how jobs work. Indeed, this may be the year that organizations start retooling how they find, evaluate and even pay employees. Chalk up the shifts to, among several factors, the tight labor market and a massive influx of data, according to a new talent report by Korn Ferry.

Mr. Russ’ responsibilities as COO include operations, search, business development and partnership marketing. He also previously worked for Ivie, where he served as senior vice president of operations, leading two business units for the company. During his tenure, he developed and implemented operational solutions both domestically and internationally.

According to Lead5, 80 percent of C-suite level executive opportunities are never published. If you’re an executive looking to make a career move, that statistic can seem daunting.

In the past, due to the secretive and cumbersome process of finding executive search opportunities, executives have been trained to be passive in their career journey. Lead5 says this includes waiting on a call from a retained recruiter, sending in a CV for a published executive role (where it sits on a desk with the other 1,000 CV’s), or networking and hoping that the stars align.

Lead5 offers five effective steps to help you transition from being a passive executive job seeker to a proactive participant in your career.

2. It’s a timing game.The highest earning positions are the most sought-after.  As such, you must throw your hat in the ring at the earliest possible point in the job search. Lead5’s edge is timeliness driven by its proprietary AI. Lead5 lists jobs on average 45 days before other comparable services giving you a competitive edge.

Related: Companies Hiring on Basis of Skills Rather Than Open Positions

3. Be prepared. Related to timeliness listed above, you must have a keen sense of what your next role will look like, and how to tailor your CV and outreach accordingly. Remember, companies have a vested interest in landing the right candidate sooner rather than later. Make sure you’re prepared to strike.

4. Information is key.At the executive level, your understanding of the role, company, and industry is table stakes. To stand out from your competition, you should leverage insider information.

5. Continuous networking. Too often we see executives tapping into their network after they sense their current opportunity is no longer viable. As executive job transitions often take 180 days on average, this means that they’re already behind the eight ball. The lesson? As busy as you are, don’t neglect the people that have played a role in your success. Likewise, be the person that other executives seek out when they need a helping hand. This is an exclusive world and what goes around, comes around.

Related: Uncertainty Aside, Employers Look to Ramp up Hiring In 2019