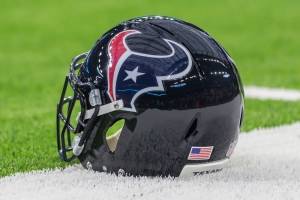 October 13, 2020 – The Houston Texan have brought in Jed Hughes of Korn Ferry to help the franchise hire its next general manager and head coach, according to NFL sources. Mr. Hughes helped the Texans’ 2014 search to identify and bring in Penn State’s Bill O’Brien as their coach and GM. The Texans fired Mr. O’Brien last week following an 0-4 start.

The team said it will wait until after the search to appoint a coach and GM. Romeo Crennel is serving as Houston’s interim head coach, while executive vice president of football operations Jack Easterby is GM for the rest of the season.

Sources around the league believe the Texans want to be comfortable with who their GM will be before hiring a head coach, according to ESPN. Sources said Mr. Hughes already has been doing his due diligence in trying to identify candidates for the Texans to pursue.

Mr. Hughes, vice chairman, global sector leader, sports at Korn Ferry, is well known for identifying, assessing and developing leaders for sports organizations. His relationships in sports and intercollegiate athletics are extensive, having spent 20 years coaching in professional and intercollegiate football and working for five hall of fame coaches. He also led the development of psychological testing, competency development and structural behavioral interviewing for the San Francisco 49ers and Green Bay Packers. Jason Belzer of Forbes has called Mr. Hughes the most valuable connector of the sports industry.