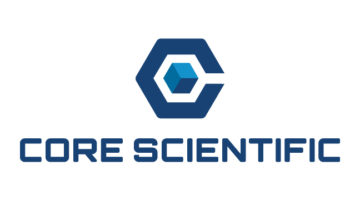 October 13, 2020 – Seattle, WA-based Reffett Associates has assisted with the selection of Michael Trzupek as the new chief financial officer of Core Scientific. The assignment was led by William Reffett, managing partner and founder, with assistance from Marshall Reffett, managing director of the firm’s Seattle office. Mr. Trzupek will report to Core Scientific CEO Kevin Turner and oversee all financial activities including EY audits, acquisitions, finance, tax and accounting. He succeeds former CFO Bill Humes, who has worked closely with Mr. Trzupek during the transition.

“As we continue building a company known for its compliance, security, stability and integrity, we are thrilled to have Michael bring his passion for technology and wealth of experience to his new role as CFO of Core Scientific,” said Mr. Humes. “Michael’s reputation for being a direct, transparent communicator makes him a terrific addition to Core Scientific and the team looks forward to building a strong partnership with him.”

Mr. Trzupek received his bachelor’s degree in chemical engineering from the University of Illinois and his MBA from the University of Chicago. He spent five years in several engineering roles at Morton International, a chemical, salt and airbag company which is now part of Dow Chemical. Mr. Trzupek then spent 10 years at Intel in progressive roles in finance which culminated as senior controller for the systems materials and manufacturing organization. After that, Mr. Trzupek joined Microsoft as a senior director of finance in the entertainment and devices organization. He was instrumental in improving cost and efficiencies with the Xbox business. He was then promoted to general manager of corporate finance where he had financial responsibility for manufacturing, procurement, information solutions and supply chain operations for Microsoft hardware and physical products worldwide. His final role at Microsoft was as general manager of new venture integration where he led a team focused on the acquisition of Nokia.

After spending seven years at Microsoft, Mr. Trzupek joined Providence-St. Joseph’s Health and Services, one of the nation’s largest non-profit healthcare systems. As group vice president, he oversaw accounting, FP&A, tax and external reporting, and led the financial integration of the acquisition of St. Joseph’s. He then served as interim CFO at Sound Transit, a public transit agency during a $54 billion transit expansion. Most recently, Mr. Trzupek was CFO for Premera Blue Cross, a non-profit healthcare insurer.

Core Scientific is a leader in infrastructure and software solutions for artificial intelligence and blockchain. Led by former Microsoft chief operating officer Kevin Turner, the company has rapidly attained a prominent position in an increasingly distributed and digital world while also serving a range of industries.

“Core Scientific is led by an experienced leadership team with a long-standing record of success and I am honored to be joining the company,” said Mr. Trzupek. “I sincerely look forward to building upon the strong foundation Bill has created by working closely with our auditors, suppliers and customers to capitalize on the exponential growth in digital asset mining in North America.”

Hunt Scanlon Media has just released our latest special issue of ESR. This time around we take an in-depth look at the challenges financial services firms are facing in their hunt for new talent.

We cover it all: How CFOs are confronting new layers of risk in the pandemic era; the rapid and dramatic change coming at the CFO; using people analytics to acquire top talent, predict performance & reduce turnover; and why banks are turning to search firms. We even provide our latest “Financial Fifty Recruiters” ranking of financial services search firms! In this special issue of ESR, Hunt Scanlon editors take an extraordinary inside look at recruiting during these unprecedented times. Click here and enjoy.

William Reffett has identified and placed key executive leaders for major companies across the U.S. Previously, he was a vice president and partner with Korn Ferry, where he was responsible for initiating the firm’s national supermarket practice. Additionally, he was a member of the firm’s national specialty retail practice, where he focused on companies along the West Coast.

Before entering the recruitment industry, Mr. Reffett served as senior vice president, chief administrative officer for Cavenham, the U.S.-based investment arm of the late Sir James Goldsmith. Mr. Reffett was also a board member and senior vice president for the organization’s operating company, Grand Union, where he was responsible for areas like human resources, legal, labor relations and communications. Prior to that, he was a senior vice president of a major department store company. Mr. Reffett also has 27 years of combined active and reserve military experience, retiring as a colonel.