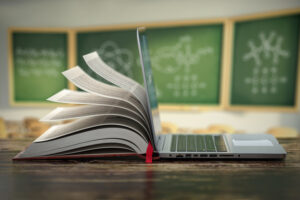 This summer, M.  Christopher Brown II resigned in the wake of concerns over KSU’s finances and lawsuits involving potential misconduct by school officials. Clara Ross Stamps, the university’s senior vice president for brand identity and university relations, has been serving as acting president.

Finalists for the role could be named by the end of April, said the Frankfort, KY-based university’s presidential search committee. The committee met for the first time this week and discussed a potential timeline for the search, said the Lexington Herald Leader. “The official timeline will be approved at the committee’s next meeting, but the goal is to have two to three finalists brought to campus for in-person interviews at the end of April, with the new president selected by the board of regents after those visits,” said the newspaper.

Travis Powell, vice president and general counsel for the Council on Postsecondary Education (CPE) and chair of the search committee, said that timeline was subject to change. “We’ll do whatever it takes to make the right decision,” Mr. Powell was quoted as saying.

Kenny Daugherty, president of Myers McRae, said the first step is to develop the candidate specification, which should be available by mid-December.

By March, the committee would stop accepting applications, based on the timeline laid out by Mr. Daugherty, said the Lexington Herald Leader. “From there, the committee would begin narrowing down the number of candidates and selecting some for Zoom interviews,” the newspaper reported. “After virtual interviews, a small number of candidates would be selected for in-person interviews and campus visits.” Two to three names of finalists will be submitted to the board of regents for a final decision.

Earlier this month, the board of regents announced that the names of the presidential search committee members have been submitted to Mr. Powell. The faculty representatives are Jens Hannemann and Peter Smith. Staff members elected to serve are Christopher Cribbs and Paul Cable. Student representatives include Savion Briggs and Jiya Alcorn. Members selected to represent the Kentucky State University National Alumni Association include president Richard Graves and Donald Lyons. Frankfort community members appointed by CPE include Katrisha Waldridge and Paul Thompson.

At this week’s meeting, the Lexington Herald Leader reported, the committee also discussed ways to get reactions to potential candidates as well as ideas for surveys and Zoom sessions over the next several months. Students, faculty, staff, alumni and community members would be asked a range of questions, such as “What are you looking for in the next president?”

“Search committee members expressed concerns about thorough background checks and transparency,” said the Lexington Herald Leader. “Committee members also said they are hoping to get many people from the KSU community involved, and receive input early on in the process.”

Founded in 1886, Kentucky State University is an historically black college and university. KSU has an enrollment of about 2,300 students and 160 full-time faculty members. Academic programs are divided into three programs: the College of Agriculture, Community and the Sciences; the College of Humanities, Business and Society; and the Whitney Young Honors Collegium. KSU offers associate degrees in three disciplines, bachelor’s degrees in 24 disciplines, and master’s degrees in five disciplines.

Myers McRae Executive Search and Consulting serves colleges, universities, independent schools, and other not-for-profit institutions. Nearly all of its search professionals have a minimum of 20 years of experience in higher education. The majority of the firm’s searches have been for presidents, chancellors, provosts, vice presidents, deans, and other senior academic and administrative leaders. Myers McRae recently placed the provost and vice president of academic affairs at Rhode Island College, provost of Methodist University and president of West Virginia Northern Community College, among others.

Ms. Myers has led Myers McRae since 2008. As the firm’s executive officer, she has broadened the firm’s scope and modernized processes, emphasizing responsiveness, timeliness, effectiveness, and affordability. While utilizing new technology in the executive search process, Ms. Myers said she remains committed to the firm having person-to-person connections with candidates and that clients stay at the center of every search.

Known for her leadership expertise and commitment to excellence, Ms. Myers brings to the firm’s searches her extensive firsthand knowledge and experience in higher education administration. For most of her career, she served as senior vice president of university advancement and external affairs at Mercer University.