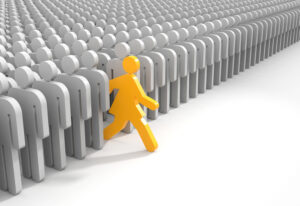 January 3, 2022 – Judee von Seldeneck, founder and chair of Diversified Search Group (DSG), has established the JVS Philadelphia Fund for Women, a multi-million-dollar partnership with Ben Franklin Technology Partners of Southeastern Pennsylvania (Ben Franklin) designed to provide capital and to coach women-owned enterprises with strong growth potential in Greater Philadelphia. The fund will deploy capital in two primary methods: through grants made to women-owned and led businesses that are positioned for their next stage of growth, selected through a process directly overseen by Ms. von Seldeneck and an advisory committee; and through investments in technology-focused ventures in the region that match Ben Franklin’s investment criteria.

“My goal with this fund is to provide women business owners some support and capital to help them achieve their vision,” said Ms. von Seldeneck. “We’ve come a long way since we founded Diversified Search Group back in the ’70’s, but we’re not there yet. Hopefully, this fund will offer unprecedented access to capital – by women, from women and for women.”

The fund will operate with three primary goals, according to Ms. von Seldeneck: To act as a source of capital to women-owned and operated enterprises in Greater Philadelphia; to connect grant recipients to resources that accelerate growth; and to leverage the experience of established women leaders.

“We are honored to have earned the confidence and trust of a true regional legend to help design and implement the JVS Philadelphia Fund for Women,” said Scott Nissenbaum, president and CEO of Ben Franklin.

JVS Philadelphia Fund for Women has also assembled a corporate partners network of companies committed to offering their services to the funded companies to ensure their continued success.

Grant recipients meet a series of criteria outlined by the fund. Applicants should be women-led/owned enterprises located in Greater Philadelphia with a focus on professional service enterprises and/or product offerings. Companies should be in business for at least two years with demonstrated service or product sales and a path to profitability. The JVS Philadelphia Fund advisory board consists of several high-achieving women business executives.

Ben Franklin Technology Partners of Southeastern Pennsylvania (Ben Franklin) is nationally-ranked among the most active seed and early-stage investors, helping high-growth innovative enterprises plant and nurture their roots, creating both immediate connections and lasting economic growth. The non-profit has supported more than 2,000 companies to deliver an impact of more than $5 billion and 32,000 jobs in the Philadelphia region.

A pioneer in the search industry, Ms. von Seldeneck has been identifying and placing senior-level executive talent around the country for more than four decades.

During the course of her career, she has been recognized by the executive search industry as setting the standard for retained executive search and has been active on numerous public, private, and not-for-profit boards of directors. Some of these include Citizens Financial Group, Tasty Baking Co., Teleflex Inc., CoreStates Financial Group, Meridian Bancorp and AAA MidAtlantic. Ms. von Seldeneck has also served as chair for the Philadelphia Chapter of the National Association of Corporate Directors. She formerly served on the Comcast and NBC Universal Joint Diversity Council and as chairperson of the women’s advisory council. She was also a founder of the Forum of Executive Women, the largest association of women business leaders in the Philadelphia region.