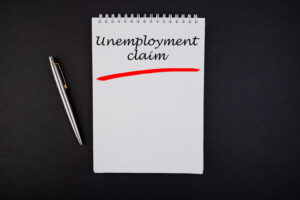 A separate government report showed there were 10.9 million job openings in December, and that 4.3 million Americans, or about 2.9 percent of the workforce, quit their jobs that month. That’s down from a fresh high of 4.5 million in November, but well above the pre-pandemic level of about 3.6 million. The data emphasizes how newly empowered workers are quitting their jobs in favor of better wages, working conditions and hours as businesses lure new workers with higher salaries – a trend dubbed the “Great Resignation.”

“Jobless claims rose unexpectedly in the most recent week, but it’s probably noise given other employment data,” said Robert Frick, corporate economist at the Navy Federal Credit Union. “One noise factor: layoffs shot up in a handful of states. We should expect claims to follow the trend of dropping along with omicron cases in the coming weeks.”

“The Omicron wave triggered a brief but startling spike in initial jobless claims, but payroll growth slowed only marginally in January, and the initial data for February from Homebase point to a rebound,” Ian Shepherdson, chief economist for Pantheon Macroeconomics, wrote in a note. “At the same time, we are becoming increasingly convinced that the long-awaited rebound in labor participation is now underway, especially among women, who left the labor force in disproportionate numbers when schools and child care were closed.”

“Participation is unlikely to return to its pre-COVID level, thanks in part to early retirement among older people, who have seen big increases in the value of their homes and other assets, but we hope it will rise far enough to ease the pressure on wage growth,” Mr. Shepherdson said.

Global employer confidence continues to return as 2022 finds the latest ManpowerGroup Employment Outlook Survey of more than 39,000 employers. Employers in 36 of 40 countries report stronger hiring intentions than the previous quarter with greatest demand for IT talent and hospitality workers. Organizations are also offering more flexibility to overcome talent shortages with employers across all sectors preparing a shift to hybrid working as a pathway to even more flexible working options in the longer term.

“The post-pandemic hiring recovery that has been underway for some time will continue to carry momentum into 2022 with employers predicting strong demand for talent across key sectors,” said Jonas Prising, chairman and CEO of ManpowerGroup. “Companies all over the world need skilled workers to meet their business objectives and fully participate in the economic global recovery. Talent shortages continue and employers are competing with a talent pool that has not full returned to labor markets due to the pandemic. Organizations need to embrace bold thinking on where, when, and how work gets done to meet what workers want while balancing the requirements of business.”