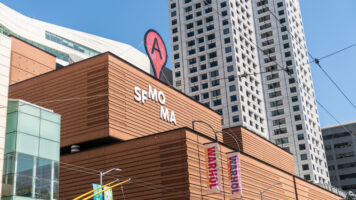 February 17, 2022 – New York City-based Phillips Oppenheim has placed Christopher Bedford as the new director of the San Francisco Museum of Modern Art (SFMOMA). Mr. Bedford, who has been director of the Baltimore Museum of Art (BMA) since 2016, will assume his new role in June. He will succeed veteran director Neal Benezra, who stepped down in the fall after 19 years at the institution. Sarah James and Becky Klein led the assignment for the search firm. “The Bay Area is known for its innovation, creativity and forward thinking, and SFMOMA is well situated to lead the positive change so long overdue in our field,” Mr. Bedford told the San Francisco Chronicle. “I’m thrilled to be joining the museum in June, and to partner with the staff and community there to develop new ideas, push boundaries and accomplish remarkable things together.” Mr. Bedford, who is said to have competed with a diverse array of international candidates, was the unanimous choice of a nine-member selection committee to lead SFMOMA. The museum in a letter to staff announcing his appointment cited Mr. Bedford’s continued “commitment to and unique thought-leadership in realizing diversity, equity and inclusion across the breadth of an institution’s policy as well as its program” and to his “capability to innovate and implement systemic change.”

The official title of the role is the Helen and Charles Schwab director. From the beginning, SFMOMA said its aspiration was to “identify a leader with a commitment to artistic excellence everywhere it resides and to activating SFMOMA as a shared resource of our community that begins in San Francisco and radiates out to the global village.”

SFMOMA stressed that it wanted to embed equity, inclusion and diversity in all of its activities and required a leader focused on those measurable outcomes. “We seek a leader with an outreaching charismatic personality, able to respond to and lead change with vision, empathy, humility, and resilience,” the museum said at the start of the search. “A forward-thinking, future-oriented perspective and an open mindset are personal attributes that will be key to SFMOMA as we continue our mission to transform the organization from the inside out.”

SFMOMA seems to have found those qualities, and more, in Mr. Bedford. “In the six years that Bedford has guided Maryland’s largest museum, he has shaken it up from its basement to its eaves as he sought to transform the BMA into an institution that better reflects the majority population of the city in which it is located,” said the Baltimore Sun in an article about his resignation.

During his time at BMA, Mr. Bedford has implemented a number of initiatives aimed at increasing diversity in the museum’s collection and its staff, consistently hiring and promoting women and people of color and pledging to collect only work by women in 2020. He also worked to connect the museum with its community, in 2019 inaugurating a citywide survey in an attempt to learn how the museum might best serve Baltimore residents. In 2020 amid the pandemic. he launched a number of programs to provide immediate financial relief to the city’s artistic community.

SFMOMA’s next leader came under fire later that year for his plans to deaccession several works by high-profile white male artists partly in order to fund acquisitions of work by underrecognized artists of color from the postwar era.

Scotland-born Mr. Bedford also served, from 2012 to 2016, as director of the  Rose Museum of Art at Brandeis University in Waltham, MA. Before that, he held various curatorial roles at the J. Paul Getty Museum, Los Angeles; the Los Angeles County Museum of Art; and the Wexner Center for the Arts, Columbus, OH.

Phillips Oppenheim, founded in 1991, provides mission-driven organizations with senior leaders from the business, public and non-profit sectors. It sponsors roundtable discussions, participates in workshops and conferences and acts as informal counsel to non-profit organizations and their boards. Among its many clients: New York City Ballet, the Museum of the American Revolution, the Metropolitan Museum of Art, the National Arts Club, Table to Table, the African Wildlife Foundation and the Barack Obama Presidential Museum, and others.

Ms. James has been recruiting for local, national, and international non-profit institutions and corporations since 1996. A generalist, she has recruited chief executives for leading arts, aid, advocacy, education, environmental, faith-based, healthcare, philanthropic and social service institutions. Since joining Phillips Oppenheim in 2001, she has founded its visual arts practice, recruiting directors for more than 100 art institutions.