Menu
View our Events
Stay Connected:
As COVID worries continue to arise, the number of Americans applying for unemployment benefits continues to fall to pre-pandemic levels. It is another sign that the job market is recovering from last year’s sharp coronavirus downturn. 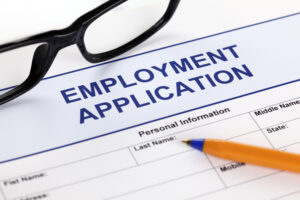 “If we filled every single job opening that’s out there right now, we’d have employment that was not just well above where we were pre-pandemic, but well above what anyone predicted pre-pandemic,” Betsey Stevenson, former Labor Department chief economist and professor of economics and public policy at the University of Michigan, told Yahoo Finance Live.

“Overall, the data continue to signal a downtrend in layoffs on strong demand for labor amid a labor shortage,” said Rubeela Farooqi, chief U.S. economist at High Frequency Economics.

“A correction next week seems likely, but the trend in claims clearly is falling rapidly, reflecting the extreme tightness of the labor market and the rebound in GDP growth now underway,” wrote Ian Shepherdson, chief economist at Pantheon Macroeconomics. “It’s very risky for firms to let go staff unless they have no other choice, because re-hiring people later will be difficult and likely expensive.”

The Labor Department recently reported that employment rose by 210,000 in November as the U.S. unemployment rate fell to 4.2 percent. This is well below the half-million gain that had been expected. The number of unemployed persons fell by 542,000 to 6.9 million. Notable job gains occurred in professional and business services, transportation and warehousing, construction, and manufacturing. Employment in retail trade declined over the month. Among the major worker groups, the unemployment rates for adult men (4.0 percent), adult women (4.0 percent), Whites (3.7 percent), Blacks (6.7 percent), and Hispanics (5.2 percent) declined in November. The jobless rates for teenagers (11.2 percent) and Asians (3.8 percent)showed little change over the month.

“We’re continuing to see a surge in job postings, record low unemployment rates and historically high levels of workers changing jobs and careers,” said Karen Fichuk, CEO, Randstad North America and Randstad N.V. executive board member. “Together these trends are creating new opportunities for workers, as smart employers cater to workers who have come to expect a better work-life balance, higher salaries, and more flexibility. At the same time, the rise of the Omicron variant will renew employee concerns about health and safety measures and threaten to pump the brakes on the current acceleration of the job market.”

Massive government aid and the rollout of vaccines helped revive the economy and the job market by giving Americans the confidence and savings to go on a shopping spree, often online, for goods such as lawn furniture and coffee makers. Since April last year, the United States has regained nearly 18.5 million jobs. But the economy is still 3.9 million jobs short of where it stood in February 2020, and COVID variants like omicron pose a risk to the recovery, according to the Associated Press.