Menu
View our Events
Stay Connected:
A new report from Heidrick & Struggles and INSEAD shows the potential for a competency gap as combined climate change knowledge and board-relevant business experience is lacking. Let’s take a closer look at the report’s findings! 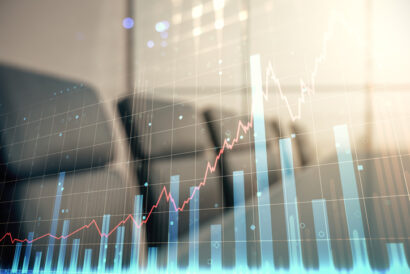 December 15, 2021 – Fifty percent of all board members expressed concerns with the level of reporting they receive on climate change progress, according to a new report by Heidrick & Struggles and business school INSEAD that reveals how 301 board members in 43 countries, primarily in North America and Western Europe, view their boards’ action on climate change. The study, “Changing the Climate in the Boardroom,” show signs of continued progress in corporate commitment to climate change, as 70 percent of those surveyed said they believe climate change is very, or entirely important, to the strategic success of their companies. Seventy-two percent reported feeling confident that their company will reach its climate change goals.

“As companies continue to evolve their ESG efforts – marked by real shifts in priorities in this pandemic era – boards whose primary focus is enforcing good corporate governance must lead on climate change,” said Louis Besland, partner in Heidrick & Struggles’ London and Paris offices and a member of the industrial and CEO and board of directors practices. “Regulatory and other pressures are converging to influence access to capital, as insurers, investors and lenders are increasingly requiring ESG disclosure that mirrors financial reporting to secure funding.”

No one was saying it in so many words, but the report that the United Nations Global Compact and Russell Reynolds Associates released last year was aimed at nothing less than helping to save the world. Six years ago, leaders from 193 nations at an historic UN summit adopted 17 sustainable development goals (SDGs) that involved everything from eradicating hunger to taking urgent action to overcome climate change. They were big, tough, imposing goals, with a deadline of 2030. With but nine years to go, the world remains far from meeting these objectives.

One big reason that progress is lagging is the contrast between what business leaders say about their commitment to sustainability and what they have actually delivered. For example, a previous study showed that 92 percent of CEOs said they believe integration of sustainability will be important to the future success of their business. Yet only 48 percent of chief executives said they were implementing sustainability in their operations. Only 21 percent of CEOs, meanwhile, said they believe that business is playing a critical role in achieving the SDGs. Read more in the special Executive Search Review on Cleantech!

Most companies seem to have implemented the basic tenets of good corporate governance related to climate change. Over 80 percent of companies have someone that is responsible for reporting on climate change to the board, the study said. But the scope of emissions targets are limited: Only 16 percent reported that their companies have targets for carbon emissions beyond their control (including their suppliers’ and end users’ emissions).

“The notion of what constitutes effective climate change governance is evolving as global dynamics, stakeholders and activists’ pressure take hold,” said Sonia Tatar, executive director at the INSEAD Corporate Governance Center, which led the survey from the school. “It is increasingly a top focus – from investors for whom climate is a priority in their financial-backing of organizations, to boards of directors scrutinized to integrate climate transition as part of the strategy; and from increased societal scrutiny around greenwashing with clearer metrics available on impact and results that count.”

Include Climate Change in Your Board’s Competency Matrix

The report from Heidrick & Struggles and INSEAD includes several practical measures boards can take to ensure companies are ready to meet the growing demands of stakeholders. There is no one-size-fits-all solution, but now is the time for boards to ensure that climate change is being addressed where it makes sense strategically and where they have or can build the mix of expertise and energy to make real progress, according to the report. “In all this, the chair must play the leading role, as it is chairs who control agendas, manage dynamics and set the overall tone of any board,” the study said. “You will need to spend more time on climate change than you think and, to make it stick, formalize the time you spend. We recommend that you systematically include climate-related issues, such as setting targets for scope 1, 2 and 3 emissions and reviewing or previewing regulatory frameworks in your annual schedule.”

Related: Five Leadership Attributes Essential for 2021 and Beyond

The report also says it is a good idea to integrate climate considerations into traditional agenda items, considerations such as investment decisions; stakeholder engagement, scenario planning and risk assessment (where we know too few include climate change today), human capital and hypotheses underpinning impairment tests.

“Remember, too, that such considerations will include the impact of severe climate events—such as floods, wildfires, and heatwaves—on your business, not just your carbon emissions,” the report said. There is also a growing demand from regulators and investors for much more robust and detailed data—beyond what is in most companies’ ESG reports today. “You will soon need systems to measure and disclose your ESG performance that are as strong as those used to measure and disclose financial performance,” the study said. “It is up to the board to mandate and review such reporting. But it is not enough to have climate change as an agenda topic, however robust. There is an imperative for chairs not only to drive agenda changes but also to ensure that the dynamics of the board are inclusive: that everyone’s perspective is heard and that everyone is comfortable speaking up.”

“This can mean that a non-expert feels safe asking the stupid, basic question—a rarity on many boards today,” the report said. “It can mean that the chair makes time for follow-up questions even when there are other pressing matters to discuss or suggests reflection on the discussion and asks for input into the next steps the company needs to take to get where it needs to be.” The chair must also lead the efforts to revamp board succession planning and bring new voices into the boardroom. “More generally, chairs and governance committees should consider how to anchor ESG in corporate governance,” said the report. “Our respondents suggested a mix of options, from deliberately making sustainability the responsibility of the full board to integrating it into an existing standing committee such as risk or governance or setting up a separate sustainability committee. What works best in your situation will depend on many factors.”

Above all, be creative, the report says: “How can you lead collaboration in your sector to make progress? If you are a low carbon emitter, for example, such as a professional services company, the opportunities to make an impact through your own operations may be limited, but could you provide new services to guide industrial clients in their decarbonization journey?”