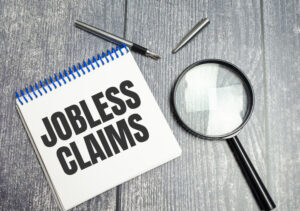 The U.S. central bank last week raised its policy rate by three-quarters of a percentage point, its biggest hike since 1994. The Fed has increased its benchmark overnight interest rate by 150 basis points since March.

The economy beat expectations and added 390,000 jobs last month. The country’s unemployment rate also remained at 3.6 percent, an ultralow level that is nearly where it was right before the pandemic struck more than two years ago.

“We think claims have probably found a new floor around the 225K mark, still a relatively low level but above the first quarter average. While labor markets remain tight and we expect job growth to continue even as the economy slows, reports of layoffs in some sectors are on the rise,” said economists with Oxford Economics.

Hiring optimism has returned to levels not seen since the start of the pandemic with employers in 36 of 40 countries reporting stronger hiring outlooks year-over-year according to the latest ManpowerGroup Employment Outlook Survey of more than 40,000 employers. Yet that optimism is being tempered by the highest levels of global talent shortages in 16 years with 75 percent of employers reporting difficulty filling vacancies, a six percent increase compared to this time last year. Employers report technology and data skills (29 percent) are the most difficult to find, followed by skilled workers in sales and marketing (22 percent), and operations and logistics (21 percent).

The U.S. (+38 percent) and Canada (+43 percent) report strong hiring levels for the third quarter. Employers in Canada report an increase in outlook compared to last quarter (+ six percent), the U.S. also shows a slight increase for the second quarter (+ three percent). Hiring managers in both countries expect hiring to be significantly stronger compared to intentions year over year, +24 percent in Canada and +nine percent in the U.S. In the U.S., employers in IT, tech, telecoms, communications and media (+59 percent), and banking, finance, insurance, and real estate (+45 percent) report the strongest outlooks while those in primary production (+26 percent) report the weakest.

Within APAC, in comparison to the previous quarter, hiring plans strengthened in four countries, and weakened in three countries. Strongest outlooks are in India (+51 percent), Singapore (+40 percent), and Australia (+38 percent), and the most cautious plans are reported in Taiwan (+ three percent) and Japan (+ four percent). Hong Kong (+11 percent) reports increased hiring intentions, improving eight percent compared to the second quarter, and 10 percent on the previous year. China expects hiring intentions to decrease in eight industry sectors, with banking, finance, insurance, and real estate (+ four percent) reporting the only increase.