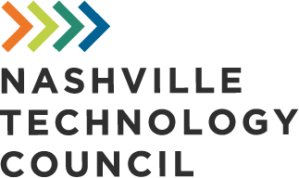 June 23, 2022 – Alpharetta, GA-based The Grant Partners has placed Elise Cambournac as president and CEO of the Greater Nashville Technology Council (GNTC), an organization focused on positioning the community as a leader in technology driven solutions.

Ms. Cambournac succeeds Brian Moyer, who recently announced that he would be stepping away from the organization. Ms. Cambournac was selected in a nationwide search which included the review of 120 candidates.

“Elise has been a part of the greater Nashville tech community for most of the past two decades,” said Mr. Moyer, who said he would work with Ms. Cambournac as part of the transition plan. “She has broad experience in technology, strategic thinking and leadership, and I believe she is perfectly suited to lead the Greater Nashville Technology Council.”

GNTC’s new leader brings more than 20 years of technology experience to the non-profit. Prior to joining the non-profit, Ms. Cambournac served as associate vice president of Parallon, an affiliate company of Nashville health care giant HCA. During her nearly nine year tenure at Parallon, she led the cybersecurity division and oversaw more than 35 large scale acquisitions including that of Mission Health.

In addition to her new role, Ms. Cambournac will continue to serve on the board of the Interfaith Dental Clinic in Nashville and as an adviser to the Nashville Entrepreneur Center.

The GNTC board also announced the promotion of two long-time staff members to senior leadership positions. Sandi Hoff, formerly GNTC’s chief of staff,  was named COO. She also retains her role as executive director of the NTC Foundation. Alex Curtis, served has the organization’s vice president of public affairs and communications, was promoted to chief development officer.

“We are excited to welcome Elise as the Tech Council’s new president and CEO and to fill out the leadership team with the promotions of Sandi and Alex,” said Chris Bayham, COO of XSOLIS and board chair of the GNTC. “These changes position the Greater Nashville Technology Council to meet the unprecedented opportunities and challenges our city and region are facing during Nashville’s emergence as a go-to place for top tech talent.”

Founded in 2019, The Grant Partners has partnered with some of the world’s leading organizations to identify and attract high-level talent to grow their executive teams and put in place programs that will allow for the growth and development of their organizations. The firm’s clients range from Fortune 500 publicly-traded to privately-held companies, venture capital-backed technology start-ups to sports organizations. The sectors it serves include consumer and retail, financial and professional services, industrial, private equity, technology, and sports and entertainment.

The Grant Partners is led by Ryan Grant, president and founder. Mr. Grant has more than 10 years of executive search experience, having successfully completed more than 500 senior-level searches while working for Fortune 100 companies, private equity-owned organizations, and professional sports franchises. He has led C-suite searches across multiple industries and functions with a focus on client service and candidate experience. In his previous role as managing director, corporate practice, for a national boutique search firm, he grew the practice five times its initial size during a five-year period. From 2002 through 2007, Mr. Grant was a professional golfer, competing on the European Challenge Tour, PGA Tour Latinoamérica, Nationwide Tour, PGA Tour Canada, and National Golf Association Tour.