Menu
View our Events
Stay Connected:
The number of Americans applying for unemployment benefits continue to fall to pre-pandemic levels, another sign that the job market is recovering from last year’s sharp coronavirus downturn. Let’s take a closer look! 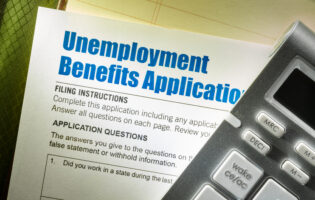 Last week, the Labor Department reported that employment rose by 210,000 in November as the U.S. unemployment rate fell to 4.2 percent. This is well below the half-million gain that had been expected. The number of unemployed persons fell by 542,000 to 6.9 million. Notable job gains occurred in professional and business services, transportation and warehousing, construction, and manufacturing. Employment in retail trade declined over the month. Among the major worker groups, the unemployment rates for adult men (4.0 percent), adult women (4.0 percent), Whites (3.7 percent), Blacks (6.7 percent), and Hispanics (5.2 percent) declined in November. The jobless rates for teenagers (11.2 percent) and Asians (3.8 percent)showed little change over the month.

“Employers need to continue to be laser-focused on retention, as well as recruitment, given American workers are resigning at record rates,” said Mike Smith, global CEO of Randstad Sourceright. “Flexibility has become the focus for employees, and we are seeing smart organizations respond swiftly by creating innovative ways to deliver a more flexible work environment, including the growing use of contingent, part-time and remote talent to fill high in-demand skill gaps and address employee expectations.”

Still, economists say the labor market has a long way to go before reaching normalcy after national reads on employment over the last three months have mostly failed to impress them. “Overall, the labor market is on a gradual path of improvement. However, shortages — evident in the high level of job openings, which continue to outpace the number of unemployed individuals, — are preventing a stronger recovery,” wrote Rubeela Farooqi, chief economist for High Frequency Economics, in a note.

“Our expectation remains that as the cushion from savings continues to diminish, and assuming the virus does not disrupt activity once again, supply constraints will ease,” Ms. Farooqi added. “That will not only provide a boost to job growth but will also help lift participation and take pressure off wages.”