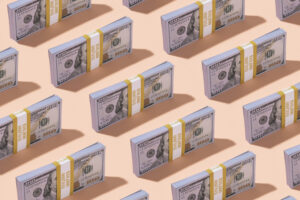 June 30, 2022 – JobGet, a mobile app for hourly workers, has secured  $52 million in Series B funding including $12 million in venture debt financing. JAZZ Venture Partners and Sanabil Investments co-led the round, with participation from Pillar VC and numerous other investors. “Our app is just the beginning,” said Tony Liu, co-founder and CEO. “We are building a new type of platform that enables deeper relationships between our talented hourly workers and hiring managers, with intelligent technology connecting both to better opportunities.”

JobGet’s growth comes at a fortuitous time for a U.S. economy suffering from a structural disconnect between the estimated 10 million job openings and 6 million U.S. workers who are out of work. Studies have shown that hourly job seekers are proactive about applying to jobs using available solutions, yet employers are unable to find the talent they need to grow.

JobGet’s first solution is an app that facilitates direct connections between job seekers and hiring managers. On JobGet, hourly workers can discover local opportunities instantly, connect with one click, and directly speak with the people who can hire them. JobGet, which has already been downloaded nearly 2 million times and now leads its category in monthly downloads, active users, and user satisfaction according to mobile analytics firms Sensortower and Apptopia.

JobGet has also hired Ryan Eberhard, formerly chief product officer at ZipRecruiter, as president to double down on product innovation and accelerate growth across all areas of the business. Louisa Cartwright, formerly vice president of people at Headspace, is now VP of people at JobGet.

SeekOut has announced a $115 million series C funding round led by Tiger Global Management. The round values the Seattle-based company – an artificial intelligence-powered talent search engine – at more than $1.2 billion. “The Great Resignation remains top of mind for both employees and employers as we enter 2022,” said Matthew Merker, research manager, talent acquisition and strategy at IDC. “The way employees look for work opportunities has fundamentally changed, and employers need to rethink how they find new talent and retain existing talent. SeekOut’s data-driven Talent 360 platform offers organizations an advanced set of capabilities that help ease this transition and redefine enterprise talent optimization moving forward.”