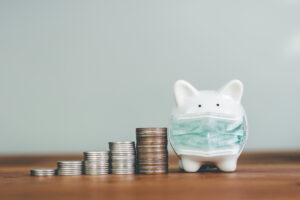 March 17, 2021 – Investors are pouring money into recruiting solutions businesses. Spain-based Jobandtalent, a digital temp staffing agency start-up which operates a dual-sided platform that matches temps with employers needing casual labor, recently secured €100 million (~$120 million) in Series D funding from SoftBank’s Vision Fund 2. Previous investors in the start-up include Atomico, Seek, DN Capital, InfraVia, Quadrille, Kibo and FJ Labs. The new raise fast-follows a $108 million top up to Jobandtalent’s Series C round, which happened this past January. In total, the company has raised a total of €310M (just under $370 million) since being founded back in 2009, according to Tech Crunch.

“There are 500 million temporary workers around the world, and we saw an opportunity to use technology as a way of helping these workers find reliable, consistent jobs,” said Juan Urdiales, co-founder and co-CEO of Jobandtalent. “We want to help match these workers with the right roles at the right companies, and make sure they have the benefits and security of employment.” Jobandtalent matches workers and companies in several sectors, including logistics, e-commerce, warehousing, and manufacturing. So far, 80,000 workers have used the platform. Jobandtalent employs the workers directly and manages the back-end administrative process including payroll, timesheets and legal compliance. Customers include XPO, Ceva Logistics, eBay, Ocado, Sainsbury’s Bayer and Santander.

“Jobandtalent is addressing a crucial challenge facing the modern workforce – how to balance flexibility with high quality, reliable job opportunities,” said Yanni Pipilis, managing partner at SoftBank Investment Advisers. “The company has developed a data-driven platform that has a track record of providing high fulfilment and low attrition staffing for businesses with temporary roles to fill, while securing income stability and benefits for workers.”