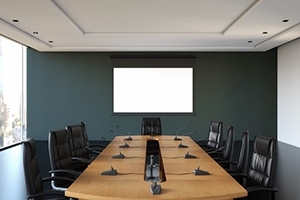 February 8, 2019 – Executive recruitment firm InterSearch Norway has named Ingvild Myhre, an experienced board and technology leader, as its new chairwoman.

Mrs. Myhre is a partner with consulting firm Agera Norge. Among her past roles, she has served as CEO of Telenor Mobil as well as the telecom companies Network Norway and Alcatel Telecom Norway. She holds a master’s degree in engineering from the Norwegian University of Science and Technology. She brings more than 20 years of boardroom experience with both private and public companies to her new role.

“For almost 30 years we have been specializing in executive search within oil, energy and renewable energy, shipping, infrastructure and professional services,” said Mr. Hess. “Across the various sectors, we represent we are constantly being reminded of the importance for top-level executives to have an increasingly stronger understanding of technology. This is an area where Ms. Myhre will bring much-needed experience.”

Ms. Myhre said she is looking forward to her new position. “Being able to contribute to positioning our best men and women for top-level executive positions is something I find both important and exciting,” she said. “Diversity within senior executive committees and boardrooms is equally an aspect I believe will be of great importance going forward.”

InterSearch Norway, which until recently was named Sekse & Hogstad, has been one of the leading executive search firms in Norway’s Rogaland region since its inception in 1992. In 2012 the company established its office in Oslo. Working from its location in Lysaker, the firm has since developed a strong presence in the greater Oslo area. It also has an office in Stavanger.

InterSearch Norway is the Norwegian member of InterSearch Worldwide, a global alliance of executive search companies. Established in 1989, it has close to 90 offices in 50 countries.

Egon Zehnder Elects Chairwoman in a First for Recruiting Sector
Egon Zehnder elected Jill Ader as its new chair. She becomes the first female chair within the global top five executive search and leadership advisory firms. Based in London, Ms. Ader is a senior partner and director of the Egon Zehnder’s board.

In the Nordic countries, the proportion of women sitting on boards has declined to 36.2 percent from 38.8 percent in 2016, according to Spencer Stuart’s 2018 Nordic Board Index. Denmark has the fewest women on boards (28 percent and Norway the highest (46 percent).

Thirty-five percent of all new directors appointed to Nordic boards were women, down from 41 percent in 2017, said the report. Women account for 20.8 percent of all executive committee positions in the Nordic companies surveyed.

The search firm said that only 16 percent of Nordic companies chose to undergo an externally facilitated board assessment. The average total chairman remuneration across the Nordics was €168,229, a 9 percent increase from 2017.

The 2018 Nordic Spencer Stuart Board Index analyzes board composition, committees, director remuneration and other aspects of board governance in Denmark, Finland, Norway and Sweden. Its research covers the following indices: OMX Copenhagen (25 companies), OMX Helsinki (25 companies), OBX (25 companies), and OMX Stockholm (25 companies). Its purpose is to provide business leaders with a snapshot of current practice on boards across the region.

Check Out These Related Articles On Women Leadership: