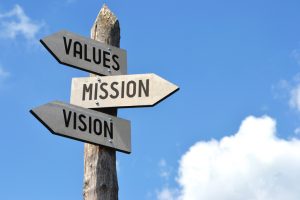 “Anchal Gupta has over 15 years of HR experience in the international non-profit arena, including advocacy environments and with organizations with a large population of Millennials, as is the case with ONE,” said Milton Hall, president and CEO of Human Capital Consultants. “She brings a growing reputation for innovative and effective work in areas such as human capital management, employer branding, process assessment and strategic HR plan initialization, cross-cultural and international operations, performance management, talent acquisition and retention, HR metrics and leadership support.”

ONE Campaign wanted an HR leader to oversee all functional areas of HR for their international workforce, which includes offices in North America, Africa and Europe. “They had previous HR leaders, but they were looking for this person to raise the bar, incorporating more progressive HR programs and strategically partnering with the business to design programs that support the organization’s goals,” said Mr. Hall.

“ONE’s workforce is made up of a lot of very passionate, very dedicated and hardworking individuals, many of whom advocate for what they believe in for a living,” said Mr. Hall. “For this role, they needed someone who would be able to build relationships throughout the organization, establish credibility and create supportive coalitions to generate buy-in and support for HR programs.”

Talent acquisition strategies at many large companies have become as complex as their balance sheets. And while chief human resource officers (CHRO) play a vital role in overseeing an organization’s broad-based workforce, it is the chief people officer who typically goes beyond overseeing its people policies. The focus, instead, is on building talent as a key competitive advantage, with more emphasis put on culture, which includes values, ethics, and mission. Here’s some further reading from Hunt Scanlon Media.

Habitat for Humanity Taps Miller Black for Chief People Officer
Today, the chief people officer position is still a relatively new title within the HR function. It first appeared about a decade ago. But now, as companies look to build internal brand awareness and set their sights more on establishing and driving their own unique cultures, CPOs are coming more into vogue.

The recruiters contacted 67 viable candidates about the position, five of whose names were submitted to ONE Campaign for consideration. All five were interviewed, said Mr. Hall, but only Ms. Gupta received an offer.

Ms. Gupta had previously been with the International Foundation for Electoral Systems, where she worked for 13 years, most recently as vice president, human resources & administration. The organization supports citizen rights to take part in free and fair elections.

Earlier in her career, Ms. Gupta served on the HR teams of FINCA International and the National Wildlife Federation. She currently sits on the advisory committee of Inside NGO, speaking at its annual conference. She earned her bachelors of science degree in commerce from the University of Delhi. She also holds an MBA in HR and marketing, and has certifications in HR and MBTI.

“Anchal had all of the HR (all functional areas) and industry (international non-profit) experience needed for the role,” said Mr. Hall. “In addition, she was very accustomed to working in an advocacy organization with very passionate employees, including a large population of Millennials. Her soft skills are equally as strong and the team felt that she would demonstrate expertise, and command respect, while also showing a genuine interest in supporting and truly partnering with the organization to pursue strategic goals.”

For the recruiters, finding potential candidates was no problem. ONE Campaign’s brand spoke for itself. The biggest challenge was finding an individual with all of the international HR expertise that the non-profit sought combined with the soft skills that would make for a strong cultural fit for the organization.

“Cultural fit was very important,” said Mr. Hall. “We needed someone who could generate buy-in, build relationships across the organization, and manage the opinions of many different stakeholders.”

With Ms. Emery leading the way, the Washington, D.C.-based recruitment firm targeted HR leaders in the international non-profit space, with an eye toward prospects from another advocacy organization. “We were targeting to fill the role as quickly as possible as the incumbent provided two months’ notice before departing,” said Mr. Hall. “We assumed it would likely take the same amount of time to fill.”

The search was right in Human Capital Consultants bailiwick. “This was an engagement that nicely aligns to our portfolio of services,” said Mr. Hall. “Identifying senior and executive level HR and people-positions is the sector that we focused on for the last 15 years and as such we had a sound network of international HR professionals, many of whom bring experience from international development, international human service, think tanks, research & development, and global finance.

ONE is a global campaign and advocacy organization with more than seven million members committed to taking action to end extreme poverty. Lead singer of U2, Bono, is a co-founder of the organization and has lobbied heads of state and members of legislatures all around the world.

Founded in 2003, Human Capital Consultants places advanced talent nationally. It has established a strong record of identifying and placing leading talent in both HR and the C-suite. Its clients are progressive corporate and non-profit organizations. The firm work across industries, having partnered with clients in technology, healthcare, biopharma, finance, energy, legal, insurance, education, consulting, research, think tanks, advocacy, government contracting, among others.

Check Out These Related Articles On Chief People Officers: