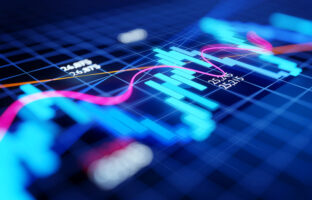 The FMA’s current CEO, Rob Everett, steps down at the end of October. FMA general counsel Liam Mason will be acting chief executive during the months prior to Ms. Barrass’ arrival.

FMA chair Mark Todd said Ms. Barrass has a strong New Zealand connection and brings deep international regulatory experience and leadership skills to the role. “Ms. Barrass has had a very successful career to date, operating in a number of complex and challenging environments,” he said. “Her knowledge and experience of the insurance and banking industries will be particularly relevant for the increased role the FMA is to play in those areas.” Ms. Barrass has worked in a range of regulatory and executive roles in the U.K. and Europe. Between 2014 and 2019, she was CEO of the financial regulator in Gibraltar. The role encompassed conduct and prudential regulatory oversight. Earlier in her career Ms. Barrass worked for nine years in a number of roles at the Financial Services Authority in the U.K. (now the Financial Conduct Authority).

Most recently, Ms. Barrass led the establishment of the U.K.’s Business Banking Resolution Service, an innovative service designed to resolve disputes between banks and their business customers. She has also held senior roles at the U.K. Solicitors Regulatory Authority and the London Investment Banking Association.

After graduating in economics from the University of Canterbury in Christchurch and completing post-graduate study at Victoria University of Wellington, Ms. Barrass began her career as an economist at the Reserve Bank of New Zealand. She then moved to the U.K. to attend the London School of Economics, where she was awarded a master’s degree.

“We are delighted to have secured Ms. Barrass for this role,” Mr. Todd said. “She is a proven leader and has impressive, directly relevant, regulatory experience in the U.K. and Europe. She successfully led the Gibraltar Financial Services Commission through a period of evolution and expansion. Her experience as a consensus-building leader will stand the FMA in good stead as it continues its current activities and readies itself for a wider mandate in regulating banks and insurers, as well as climate change reporting. On a personal note, it’s also great to see a New Zealand citizen returning home to take on this important role.”

Ms. Barrass said the FMA is at an important juncture in its journey to support and enhance the economy and financial health of New Zealand. “It’s a privilege to have the opportunity to build on the great work done by Rob Everett and the team,” she said. “I’m very excited to be returning home to lead the FMA in this next phase and working with all to safeguard and foster a financial sector that everyone has a stake in.”

The Financial Markets Authority oversees and enforces securities, financial reporting, and company law as they apply to financial services and securities markets in New Zealand. The agency also regulates securities exchanges, financial advisers and brokers, trustees and issuers. The organization works to promote and facilitate the development of fair, efficient and transparent financial markets. The FMA was established in 2011.