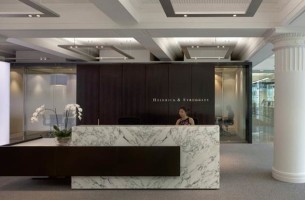 October 13, 2015 – Southwest Gas Corporation has selected Heidrick & Struggles to lead its search for the new president and chief executive officer of its construction services subsidiary Centuri Construction Group, Inc. James P. Kane has announced his plans to retire as president and CEO after a 43-year career in the utility and construction industries, including the last 31 years serving Southwest Gas Corporation.

While demand for energy continues to grow at unprecedented levels, new technologies and an oil glut have led to diminished hiring prospects throughout the industry, at least in the near term. Executive recruiters specializing in the sector report that as a result the energy industry has actually reduced the number of jobs available by over a million positions.

The energy industry has failed to adequately plan ahead for its human capital needs, said one recruiter who asked not to be identified. “The entire sector hasn’t been able to attract a new generation of talent that can adapt to the new technologies increasingly being put into the pipeline. I see that as energy’s biggest shortcoming.”