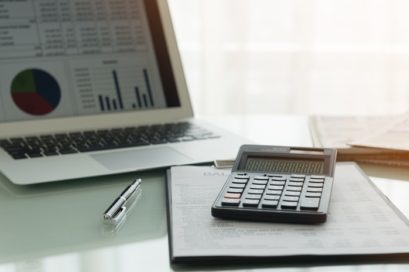 March 11, 2019 – Korn Ferry (NYSE:KFY) has posted third quarter fee revenue of $474.5 million, a six percent increase from $448 million a year ago. The increase was driven by organic growth in all segments.

The Los Angeles-headquartered executive recruiter and leadership consultant – the largest in the Americas as ranked by Hunt Scanlon Media – recorded net income of $45 million, or 80 cents per share, compared to earnings of $27.2 million for the quarter, or 48 cents per share, last year.  Adjusted diluted earnings per share for the third quarter excludes $0.8 million related to retention awards from a prior acquisition, or one cent per share.

“I am pleased with the results of our recently completed third quarter,” said CEO Gary D. Burnison in a conference call to investment analysts. “We generated $475 million in fee revenue, up approximately six percent year-over-year, 10 percent at constant currency, with strong growth across all of our geographies and solutions. Adjusted EBITDA was $78 million, with an adjusted EBITDA margin of 16.4 percent – an all-time high.”

He said Korn Ferry continued to execute a balanced approach to capital deployment, repurchasing $14.7 million shares in the quarter, bringing total recent share repurchases to nearly $100 million. “We have increased our capacity to repurchase shares to a total remaining availability of $250 million,” he added. “This move, in conjunction with our regular dividend, further drives our capital allocation strategy.”

By specialty market growth it was a mixed third quarter, compared to the third quarter a year ago at actual exchange rates – Korn Ferry’s financial services and technology practices were each up 25 percent. The firm’s industrial practice was up seven percent while life sciences & healthcare and consumer goods practices were down 13 percent and three percent, respectively.

“I see a substantially different company today than even two or three years ago with a completely different profile,” Mr. Burnison said. “Number one, we’re 50 percent bigger, more than half of our revenues now generated from outside the U.S., 61 percent of our colleagues are women, 53 percent are Millennial and only 14 percent of us are Baby Boomers. Our advisory business is over $800 million in revenue, which alone is bigger than any other search firm. And in fact, it’s about the size of our entire firm 10 years ago.”

CFO Robert Rozek said that the demand for “our industry leading solution remained solid in the third quarter and what is our seasonally slowest quarter, we ended calendar year 2018 with new business growth in both November and December, and transitioned into the beginning of 2019 within the acceleration in new business activity for January, giving us a great start toward achieving what should be record revenue in our fourth quarter.”

“January and February new business across all our operating segments has been strong, providing us with a solid backlog to start the fourth quarter, which in a typically year is our seasonally strongest quarter,” Mr. Rozek said. “Executive search global new business awards in the month of January and February combined were up six percent year-over-year with growth in every region. If monthly new business patterns are consistent with prior years, we expect March to be one of the best months for new business this fiscal year and that we will finish the year with a solid April.”

Korn Ferry’s Tech Practice to Offer Contract Services
Korn Ferry has expanded its services by adding a new area of expertise within its technology practice. In response to client needs beyond executive, vice president and director levels, the firm will now offer search services and contract placements for individual contributor roles.

Assuming worldwide economic conditions, financial markets and foreign exchange rates remain steady, on a consolidated basis Korn Ferry forecast fee revenue of between $485 million and $505 million in its fiscal fourth quarter, a year-over-year increase of between two percent and 6.2 percent. It expects consolidated diluted earnings per share to range from 85 cents to 93 cents.

Several equity analysts have recently weighed in on the search firm: Zacks Investment Research downgraded Korn Ferry from a “buy” rating to a “hold” rating. Credit Suisse Group assumed coverage on the company in another recent report. They set an “underperform” rating and a $55 price target on the stock. ValuEngine downgraded Korn Ferry from a “strong-buy” rating to a “buy” rating in another report. One research analyst has rated the stock with a sell rating, two have given a hold rating and three have assigned a buy rating to the stock. The company currently has a consensus rating of “hold” and a consensus price target of $64.80.