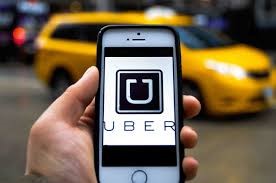 December 22, 2017 – Heidrick & Struggles has placed Barney Harford, the former head of Orbitz Worldwide, as the new chief operating officer of Uber. In this role, he will oversee the ridesharing and delivery company’s global operations, marketing and customer support teams. The high-profile hire was part of Uber’s effort to rehabilitate its bruised image after a string of controversies.

In July, Heidrick recruited Dara Khosrowshahi as CEO of Uber, replacing Travis Kalanick amid a series of controversies, the move ultimately forced by investors who want big changes in the company’s corporate environment.

“I have never met a stronger operator or a more thoughtful strategist than Barney,” said Mr. Khosrowshahi. “He is able to go deep on key aspects of a business while never losing sight of the big strategic picture.”

Mr. Harford has deep experience building and managing two-sided marketplaces. In the year prior to Orbitz Worldwide’s sale to Expedia, the company generated more than $12 billion in annual gross bookings. During Mr. Harford’s tenure as CEO and board director, the company launched Orbitz Rewards, creating the Orbuck instant reward currency, and built the Orbitz Partner Network into a leading provider of private label travel solutions to airlines, hotels, travel agencies and banks.

Mr. Harford served in a variety of roles at Expedia from 1999 to 2006, including as president of Expedia Asia Pacific, leading the company’s entry into China, Japan and Australia. Prior to Expedia, he worked as a strategy consultant with the Kalchas Group.

Heidrick & Struggles has led some significant searches in Silicon Valley over the years. Its early work for Apple, for example, is well known. But Heidrick has also conducted scores of other assignments, including installing Eric Schmidt as CEO at Google, in exchange for a fee of $130 million when the search firm exercised warrants that it took in exchange for services after Google’s IPO. More recently, the recruitment firm headed the search that led to Satya Nadella being named CEO of Microsoft in 2014.

Earlier this year, Uber started to reset what has been described as a “bro” culture after its board unanimously approved recommendations for change from former U.S. attorney general Eric Holder.

What Can Companies Do to Create An Inclusive Culture
Diverse organizations outperform their peers, and in the process embed inclusion strategies into almost all their management decisions, according to new research by advisory firm Bersin by Deloitte. That may be a key reason why 78 percent of those responding to the firm’s latest survey believe diversity …

“There was a lot of energy in the room about Uber’s next chapter, and we will do our best to ensure that employees hear first about the changes we need to make to better serve our employees, our customers, and communities around the world,” the company said last week. An Uber spokesman declined to comment on the story or provide additional details.

Uber, founded in 2009 by Mr. Kalanick and Garrett Camp, has become one of the most valued venture-backed private companies in the world. Its estimated valuation of $41.2 billion is second only to that of China’s smartphone maker Xiaomi Inc. Uber operates in countries in North America, Central and South America, Europe, the Middle East, Africa and Asia Pacific. It has received $1.8 billion in funding from Goldman Sachs and Google Ventures.

Uber likely turned to Heidrick twice because of its successful culture-shaping capabilities and expanding leadership consulting business. It is relatively new ground to trod for the nation’s top headhunters, whose core recruiting business has been eroded in recent years by talent platform companies like LinkedIn, in-house recruiting and stiff competition from boutique rivals.

Why Your Culture Is Your Brand
Culture shaping is now seen as one of the most important drivers to achieve competitive advantage among companies, and most search firms, including boutiques, now offer some variation of it. The latest entrant: LaSalle Network has launched Culture 20/20 to help companies recondition their value and culture environments.

One result: Industry leader Korn Ferry today takes in less than half of its revenue from recruiting services. Instead, it has pushed heavily into new areas of business to improve workforce performance, and to that end it has made some bold acquisitions to help it get there quickly.

But Heidrick is the biggest name to have plunged into culture shaping, and it is advice in that area — along with leadership consulting — that Uber needed. Packaging both advisory services into a portfolio that includes recruitment expertise is increasingly how this search company is winning more business. The firm said recently that half of Heidrick’s top 10 clients last year utilized it for services other than executive search. This past year, the firm saw about $75 million in leadership and culture-shaping consulting fees.