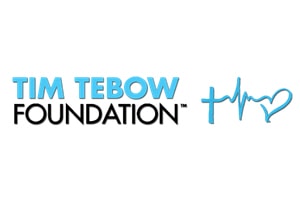 May 10, 2018 – The Tim Tebow Foundation, a non-profit global service for children, has named Steve Biondo as its new president with the assistance of CarterBaldwin Executive Search. He replaces Erik Dellenback, the foundation’s first executive director, who led the organization for seven years. The firm’s founding partner Price Harding headed the assignment.

“We are excited for Steve to be joining the team and look forward to seeing how God is going to use him to love and serve children all over the world,” said sports star Tim Tebow, founder and chairman. “I know there are huge things in store in this new season at TTF under Steve’s leadership and direction. The board and I were prayerful and diligent in making sure we selected the absolute best candidate for the role, Steve is someone who already has a heart for the work that we do.”

Mr. Biondo’s most recent experience includes the founding and growth of a non-profit ministry which impacted 14 million orphans, widows and oppressed children over the past 10 years, human resources leadership of more than 4,200 employees in 37 states and strategic planning and organizational development. Previously, he served as SVP of HR and president of the James Fund (Global Orphan Care). Prior to that, he held VP of HR roles for Gap Inc. and Spartan Stores.

Since its founding in 2010, the Tim Tebow Foundation has earned a reputation through several main areas of ministry as an advocate for people with special needs and those in need. The foundation has also provided more than 2,000 life-changing surgical procedures to children of the Philippines who could not otherwise afford care at the Tebow CURE Hospital and built nine Timmy’s Playrooms in children’s hospitals around the world.

CarterBaldwin Seeks CEO for Christian Group World Vision
World Vision, one of the largest Christian ministries in the world, has retained the services of executive search firm CarterBaldwin Executive Search to help find a new president and CEO for its U.S. office. Founding partner Price Harding is leading the search along with consultant Chris Hornsby.

Mr. Harding recently sat down with Hunt Scanlon Media to discuss the search assignment. Here are excerpts from that interview. 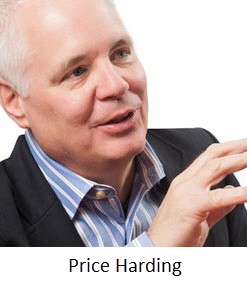 Price, what type of leader was the foundation seeking and what made Steve the right fit?

We were committed to finding someone who can team well with Tim in working to advocate for those who are not always able to advocate for themselves. Steve Biondo has strong leadership skills as well as a deep concern for those children and families to whom the Tim Tebow Foundation serves.

“This role gave candidates the chance to trade their lives for the sake of children and families who are encouraged and often permanently changed by the work of the foundation.”

Many say that Tim Tebow is very hands-on with his charities. How was it working with him on this search?

About how long did the search take and from what areas did you seek candidates?

The search took about four months from start to finish. Candidates came from a broad diversity of business, civic and ministry backgrounds. All candidates had very strong leadership roles and all candidates demonstrated a deep calling to the central focus of the foundation.

What made this position appealing to candidates?

This role gave candidates the chance to trade their lives for the sake of children and families who are encouraged and often permanently changed by the work of the foundation. The role attracted candidates whose leadership skills and personal devotion compel them to consider work that is both altruistic and deeply service oriented.

Check Out These Related Articles On Searches For Non-Profits: