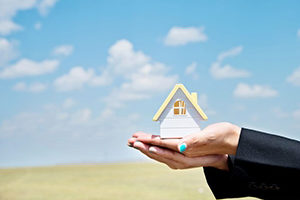 “We are delighted to have Alana Green lead our housing authority,” said Shelby Watson, chairman of St. Louis Housing Authority’s board of commissioners. “After an extensive national search, it was clear that Alana’s expertise, passion for the St. Louis community and vision for affordable housing would inspire the board and staff.”

Ms. Green has an extensive housing and community development background, spanning almost 20 years. Previously, she was executive director of the City of St. Louis Community Development Administration, where she was responsible for overseeing and directing public policy, federal programs and regulations research for urban development programs. She managed a staff of about 30 professionals who were responsible for the implementation and evaluation of nearly $50 million in federally-funded programs. Prior to that, Ms. Green served as assistant director of the DeSales Community Housing Corp.

Ms. Green has a law degree with a concentration in urban development, land use and environmental law and a master’s degree in public administration, both from Saint Louis University. She is the recipient of the 2017 Award for Excellence in the Public Sector from the Community Builders Network of Metropolitan St. Louis and a graduate of the CORO Women in Leadership program.

In her new position, Ms. Green will develop SLHA’s comprehensive strategic plan, which includes fundraising, communications, strategic partnerships and support for SLHA residents. She will be tasked with overseeing all aspects of the organization’s operations, including its 2,790 public housing units, all of which are managed by third-party contractors, and the Housing Choice Voucher program, with over 7,000 allocated units. “I look forward to working with the residents, Commissioners, staff and stakeholders to create an exciting new chapter in SLHA’s development,” she said.

The St. Louis Housing Authority is a federally funded agency, operating independently of city government. The agency, with 61 employees, helps provide low and moderate-income public housing for more than 24,000 residents and clients in the City of St. Louis, and, through partner programs, offer residents opportunities to improve their lives.

Gans, Gans & Associates, based in Plant City, FL, is an executive search, human resources and information technology consulting firm. It was founded in Chicago in 1986. Its consulting team addresses a broad spectrum of clients’ human resources, information technology and management needs. Clients include companies in the public and private sector, Fortune 500 corporations, large public sector state and local governments, and public housing authorities. Simone Gans Barefield is the firm’s president and CEO.

Morris & Berger, a recruitment firm that specializes in searches for non-profit organizations, has been enlisted by LA Family Housing (LAFH) to help find a new chief development officer. LAFH helps people transition out of homelessness and poverty through a continuum of housing enriched with supportive services.

Raffa Nonprofit Search recruited Leila Finucane as CEO of Victory Housing to lead its search for a new president and CEO. Peggy Sand, Raffa senior search and sustainability consultant, led the assignment. The organization serves as the private, non-profit housing affiliate of the Archdiocese of Washington.

Check Out These Related Articles On Searching For Housing Authorities: