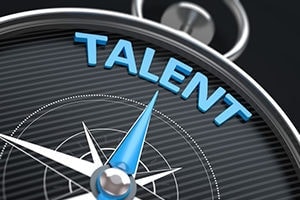 August 23, 2019 – Talent acquisition has always been an integral part of the hiring strategies and recruitment practices for every organization. But in the last few years as global talent shortages have loomed, it has become more critical than ever.

Frederickson Partners, a global HR executive search firm specializing in technology, has been enlisted to conduct a number of key global HR searches, including recently placing Os Fuentes as the new global head of talent acquisition, for Nubank, a digital bank and the largest financial technology company in Latin America.

“Frederickson Partners is excited to be partnering with Nubank and its chief people officer, Renee Mauldin on several key HR leadership roles in the organization,” said CEO and Founder Valerie Frederickson. The firm has already completed two HR searches for Nubank and is currently working on several more, including the global head of total rewards.

“The HR executive search process has been outstanding, starting with the on-site kickoff where we were able to meet one on one with the broader people team and key stakeholders to truly get a feel for the day-to-day of the ‘Nubankers,’ the company’s unique culture, work ethic and mission that they stand by,” said Beth Ann Namey, a director of HR executive search with Frederickson. “We partner with the Nubank recruiting team to align our hiring process and best practices with Nubank’s core principles and guiding behaviors that they look for in all candidates.”

Nubank is committed to building a multi-product, global company built for longevity, said Ms. Namey. “Nubank’s search for the best and brightest is global – many of their impressive executive team are expatriates from across the world,” she said. “The need to mix in people who have been through hyper-growth at pre-IPO unicorns with a ‘Silicon Valley’ mindset has been our biggest value-add and strongest mandate. They seek people who will add to Nubank’s culture and enable them to build an inclusive company that brings out the best in people, empowers them to respectfully challenge ideas, and encourage innovative thinking.”

“The need to mix in people who have been through hyper-growth at pre-IPO unicorns with a ‘Silicon Valley’ mindset has been our biggest value-add and strongest manadate.”

Nubank is looking for HR and People candidates with strategic vision, said the search firm. The company is growing headcount from about 1,700 to over 2,200 employees in the coming year, so it is crucial that it deliver a high-quality employee experience during this build-out, said Fredrickson Partners. “During this growth, Nubank has consciously made efforts to prioritize quality over quantity when it comes to hiring and retaining the best and brightest talent to fuel the business,” stated the search firm.

5 Recruitment Trends Changing the Talent Acquisition Landscape
After the economic downturn, there was a surge in unemployed professionals; there simply weren’t enough jobs for them to fill. Now, with the economy and job market stabilizing, companies are competing against each other for the same talent.

“Nubank is a team of equals where every voice is heard, with no basis on level or tenure,” said Tom Wilson, vice president of HR executive search at Fredrickson Partners. Particularly important for candidates in the global head of talent acquisition role was the ability to communicate ideas in a way that is respectful and leaves room for team buy-in. “This leader must be able to cultivate and grow relationships with employees at all levels of the company,” said Mr. Wilson. “Nubank has a large engineering group that is growing substantially this year, so this leader must be able to relate to, understand, and communicate with them in a way that they feel supported and prepared for the continuing evolution of the company.”

Based in Sao Paulo, Brazil, Nubank was founded in 2013. It provides a free-of-charge credit card to over 12 million people and has been requested by nine million more. Today, Nubank is the only Latin American company to appear in the world ranking of the “50 Most Innovative Companies” by Fast Company and was named Latin America’s Most Innovative Company in 2019. The company raised $400 million in a recent funding round to bring its valuation to over $10 billion.

Check Out These Related Articles On HR Executives:

A CHRO View on Building Great Teams, From Inside and Out 7 Critical Competencies to Help HR Leaders Manage Change CHROs Reveal Serious Gap In HR Talent Here's Why Game Changing CHRO Talent Is In Big Demand