As a leading People/HR executive search and advisory firm since 1997. Frederickson Partners has established relationships with over 20,000 rising and established People and HR executives worldwide, in addition to CEOs, board members and C-suite executives across all divisions. Now, a part of Arthur J. Gallagher & Co., Frederickson now recruits executive talent for the entire C-suite. 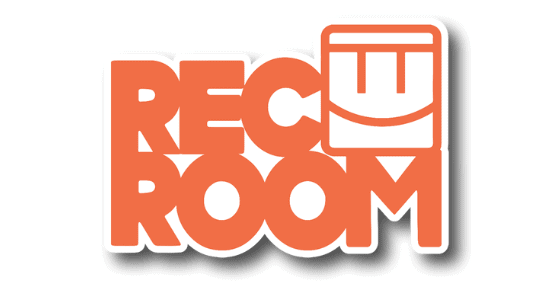 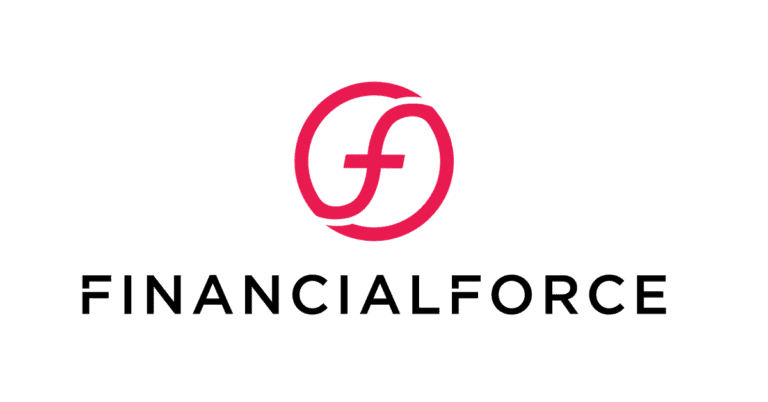 VP of Talent and Culture 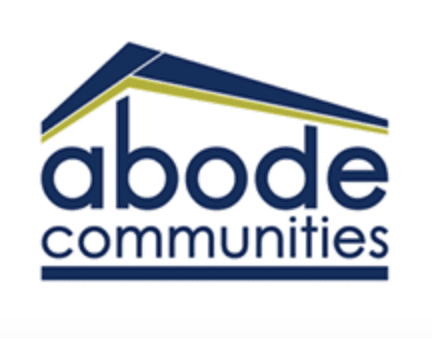 No one is more effective at helping innovative companies find top HR talent. Frederickson helps you scale your HR and People operations function to build the creative workforce you need to win. Frederickson maintains an extensive network of more than 15,000 of the top HR and People leaders around the world and can partner with you across every HR function, including Talent Acquisition, Total Rewards, Learning & Development, People Analytics, Business Partners, Operations and Diversity & Inclusion.

To learn more or connect with an executive search consultant, contact us at info@fredericksonpartners.com.

When we started in 1995 as Valerie Frederickson & Company, our goal was simple: to empower companies to improve flexibility with workforce planning by helping them humanely and quickly transition their former valued employees, and reduce post-termination employment litigation risk. Over the next twenty years, our growing network of HR professionals and their evolving needs resulted in the addition of new capabilities, including executive search for HR, Board Services, People Operations, Culture, Diversity, Talent Acquisition, and Business Partners; leadership development and executive coaching; compensation consulting; recruiting assessments; on-call startup HR consulting. 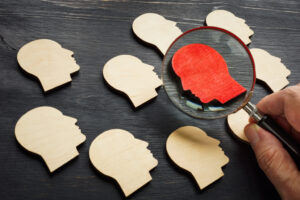 Executive recruiters are in hot pursuit of chief human resource officers and other senior-level HR leaders across the nation. Why such pent-up demand for top flight HR experts? Corporate leaders want HR leaders who are sophisticated, proactive and strategic-minded, with strong business savvy to drive their people capabilities like they would a P&L, according to 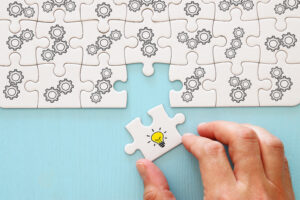 Talent acquisition strategies at many large companies have become as complex as their balance sheets. And while chief human resources officers play a vital role in overseeing an organization’s broad-based workforce, the chief people officer typically goes beyond overseeing its people policies. The focus instead is on building talent as a key competitive advantage, with 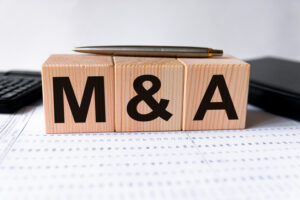 Acquisitions continue to make news in the recruiting industry, with a number of notable purchases in recent months. Today, Arthur J. Gallagher & Co., one of the world’s largest consulting and risk management companies, has acquired global HR search firm Frederickson Partners. Frederickson Partners has locations in a dozen cities across the U.S., including San Francisco, New York, Dallas, Chicago, Los Angeles and Nashville, 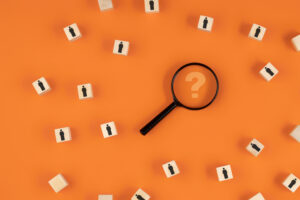 Talent acquisition strategies at many large companies have become as complex as their balance sheets. And while chief human resource officers play a vital role in overseeing an organization’s broad-based workforce, the chief people officer typically goes beyond overseeing its people policies. The focus instead is on building talent as a key competitive advantage, with

(March 1, 2022) Quantcast, a technology company providing brands and agencies AI-driven solutions to know and grow their audiences on the open internet, has appointed Jennifer Dees as Director of Global Total Rewards (TR) and Systems. Quantcast partnered with Frederickson Partners on the executive search. As Director of Global TR and Systems, Dees will be

(Feb. 24, 2022)  Sama, a platform pioneering new technologies and business methods that harness the power of markets for social good, has appointed Molli Barnes as Senior Vice President (SVP) of People. Sama partnered with Frederickson Partners on the executive search. As SVP of People, Barnes will lead the organization’s global people strategy and deliver

(Feb. 15, 2022) Asana, a leading work management platform for teams, has appointed Jamie Regan as People Business Partner, Engineering. Asana partnered with Frederickson Partners on the executive search. In the role, Jamie will partner closely with Engineering leadership and cross-functional stakeholders to create and execute on people strategies that accelerate Asana’s R&D objectives and enable the

Cupertino Electric, Inc. (CEI), a 67-year-old electrical engineering and construction company that delivers power and possibilities for commercial clients across the U.S.,has appointed Estrella Parker as Chief People Officer (CPO). Cupertino Electric partnered with Frederickson Partners on the executive search. As CPO, Parker will drive and elevate talent management strategies across the organization, including total

Employers Are Rescinding Job Offers Again – How to Do So, If You Must
Organizations that have been on pandemic-driven recruitment overdrive the past two years have started to tap the brakes over fears of a looming recession. The reversal of hiring plans happened so fast that instead of just slowing down or freezing hiring and canceling requisitions, employers like Coinbase, Redfin and Twitter are rescinding job offers, a painful tactic generally only seen during an economic crisis.

Tech hiring slowdown not happening, recruiters say
Last week, senior product manager for Coinbase David Hong wrote on LinkedIn that he was up at 4am to prepare for a meeting when his company MacBook abruptly shut down. He later found out he was part of the nearly 20% of the company was being laid off from what the company’s CEO called a looming recession.

What Makes a Good Board Member?” Directors and Boards
To help companies navigate disruptive technology, a global pandemic and other major challenges facing companies today, a high-performing board of directors is more essential than ever.

The Window to Enjoy Your Empty Nest is Shrinking
Susie Chase and Stuart Sutley didn’t waste time after their youngest child left for college last fall. Within weeks, they were hosting dinner parties with friends and colleagues and fixing up their Stevenson, Md., home. They bought fancy skis and made plans to spend more time—just the two of them—exploring the outdoors near their country house in Maine.

3 Golden Strategies to Attract Top Talent in an Ultra-Competitive Job Market
Many businesses are booming, yet simultaneously struggling to adapt to a work world turned upside down. Employers face pandemic-weathered candidates who have no problem walking away from solid jobs or even signed offer letters.

New DE&I Roles Spike After Racial Justice Protests
Job openings for diversity, equity and inclusion (DE&I) roles surged after the nationwide protests that followed the death of George Floyd in late May. DE&I-related job openings have risen by 55 percent since June 8, after falling by 60 percent at the onset of the coronavirus pandemic in March, according to data from employment and recruiting site Glassdoor.

He’s served on 14 boards. Now he wants companies to find other Black candidates
Barry Lawson Williams has a message for companies: Find new Black candidates to serve on your board. Over the course of several decades, Williams, who ran his own consulting and investment company for many years, has served on 14 public company boards, including prominent institutions such as Sallie Mae, Navient Corporation, and PG&E, where he was the lead director.

Remote Work Has Its Perks, Until You Want a Promotion
In tech industry mythology, the San Francisco Bay Area is the unmatched crucible of ideas and execution. Companies like Facebook offer generous salaries and stock awards to lure staff in Silicon Valley’s overheated job market.

COVID-19 Makes Great HR Leadership More Critical Than Ever
Coronavirus has descended upon us like a planetary wrecking ball laying waste to even the best-laid plans. Now more than ever, CHROs must collaborate with CEOs and COOs to lead their organizations through a once-in-a-generation crisis that will likely impact all of us both professionally and personally.

What Tech Companies Pay Employees in 2019
Nearly a decade ago, in the aftermath of the financial crisis, Congress passed a law requiring publicly traded companies to report the median pay of their employees and compare it to the CEO’s pay. The goal was to highlight corporate excess and income inequality…

Some Amazon Workers Fear They’ll Earn Less
When Amazon announced Tuesday that it was raising its minimum wage to $15 an hour for all employees, even vocal critics of its labor practices like Senator Bernie Sanders praised the company. 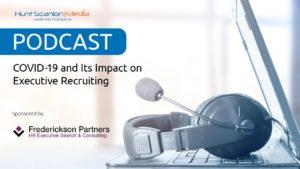 COVID-19 and Its Impact on Executive Recruiting

In this brand new episode of ‘Talent Talks,’ Hunt Scanlon Media host Rob Adams is joined by Valerie Frederickson, founder & CEO, and Brian Brinkley, chief growth officer of Frederickson Partners. In this exclusive podcast,  they discuss the current impact of Covid-19 on executive search. Both leaders then illustrate how they are using their past