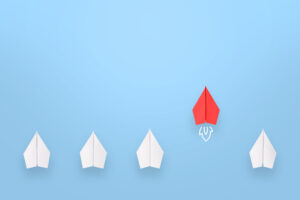 February 2, 2022 – FaithSearch Partners (FSP) has expanded with the addition of Andy Westmoreland as senior vice president and leader of its higher education service line. “Andy Westmoreland has dedicated his professional life to Christian academic institutions and I’m excited to have him lead our higher education practice,” said Ed Fry, president and chief executive officer of FaithSearch Partners. “He is a great addition and will have an outstanding impact on our team and our clients. In addition to his leadership and executive search experience, Andy is an accomplished faith leader who is a perfect fit for our culture and mission.”

Dr. Westmoreland’s career in higher education spans 42 years including two college presidencies and hundreds of executive searches.  He most recently served as president of Samford University in Birmingham, AL, for 15 years and president of Ouachita Baptist University in Arkadelphia, AK, for eight years. In addition to his tenure as president, Dr. Westmoreland also taught political science, served on charity boards and is an accomplished author and speaker.

Dr. Westmoreland’s educational credentials include an undergraduate degree in political science from Ouachita Baptist University, a master’s degree in political science from the University of Arkansas and a doctorate in higher education administration from the University of Arkansas at Little Rock. He is former chair of the board of trustees for the Southern Association of Colleges and Schools Commission on Colleges, and he served as president of the American Association of Presidents of Independent Colleges and Universities.

“I am delighted and humbled by the opportunity to join FaithSearch Partners,” said Dr. Westmoreland. “I have led faith-based institutions throughout my career and now my experience and faith will allow me to positively impact a broader set of colleges, universities, their leaders, and ultimately the next generation of students. I couldn’t be more excited.”

At the end of last year, FaithSearch Partners added two nationally-renowned pastoral leaders to its search team. David Walters and Mike Tucker joined the firm as search consultants focused on the firm’s non-profit and ministry-based searches. “Both Pastors Walters and Tucker significantly increase FaithSearch’s ability to support our church and parachurch clients during senior leadership transitions,” said Mr. Fry, founder. “David and Mike have sat in the pastor’s chair, preached from the church’s pulpit every week and led large congregations. They know and understand the challenges pastors and parachurch leaders face and the importance of a structured, guided, comprehensive process FaithSearch can bring to search committees.”

Mr. Walters serves as senior pastor of Alpharetta First United Methodist Church in Alpharetta, GA, and will continue in that role as he complements his pastoral service with a supporting role at FaithSearch. Mr. Tucker recently retired as the speaker/director of “Faith for Today,” the longest continuously broadcast religious television program in the world.