Menu
View our Events
Stay Connected:
Sustainability has fast become a visible theme in the workplace. Social responsibility, according to Wilton & Bain in a new report, presents a challenge from a hiring perspective. Consultant David Marsh discusses the new demands, and dilemmas. 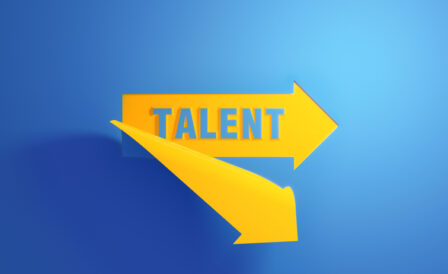 November 15, 2021 – There’s no denying that sustainability has gained traction, momentum and awareness in recent years. Governments, corporations, and non-profits around the world have increasingly come under scrutiny for their actions and policies, and in many instances their lack thereof. The issue is no longer one that’s feasible to ignore, or advisable to be passive about, and this is to be welcomed, according to a new report by Wilton & Bain.

“Social responsibility has long been a part of corporate parlance, but for the most part as a fairly abstract concept and something of a nice to have in years gone by,” said David Marsh, private equity and financial officers practice lead at Wilton & Bain. “A decade ago, the title of chief sustainability officer would have baffled most onlookers, however this role now exists in nine FTSE 100 companies and the number is only set to rise.”

This in itself presents a challenge from a hiring perspective. “Previously, sustainability has sat within the purview of corporate affairs/investor relations, which in itself is quite revealing given it signals public perception as a key consideration,” Mr. Marsh said. “Actually, driving sustainability initiatives internally and with a business-facing, commercial agenda is a newer skill-set and one increasingly in demand.”

“Moving away from public markets, the private equity industry, though I speak as one of its more fervent advocates, is probably not first and foremost associated with ethics and social responsibility,” Mr. Marsh said. “Following the collapses of businesses such as Toys ‘R’ Us, media coverage often focuses on how former private equity owners have saddled balance sheets with eye-watering amounts of debt and profited from short-term, financially engineered growth. Equally, with taxation being such a sensitive subject in recent years and capital gains tax in particular being repeatedly dragged into the limelight in the U.K. and elsewhere, the perception of private equity being ruthless and self-serving has at times been exacerbated.”

Why then are we seeing an increased focus on ESG (environmental, social and governance) from private equity investors? Most firms in the industry remain privately owned, away from the scrutinizing glare of public markets (with a few notable exceptions) and remain answerable only to the pension funds and institutional investors whose capital they are responsible for deploying, according to Mr. Marsh. “An ESG agenda, however astutely formulated or overtly broadcast, is unlikely to transform the reputation of either a particular fund or the wider industry,” he said.

‘Nice to Have’ Talent

Private equity investors do not spend money on ‘nice to have’ talent within their portfolio, Mr. Marsh says. “Though it is not inconceivable that a privately backed firm might appoint a head of ESG (or equivalent) prior to an IPO in readiness for public scrutiny, this is a role being widely recruited for in businesses that are neither close to exit, nor likely to view IPO as a likely realisation route,” he said.

Mr. Marsh also notes that there is a significant challenge posed to investors and management teams alike, in that in keeping with ESG being a fairly nascent specialism the sparseness of specialist candidates is naturally mirrored in the executive search market, with few if any firms genuinely well qualified to advise on such appointments.

“Realistically our industry has moved past the stage of superior networks being a key selling point, and the biggest differentiator is often the advice on positioning an opportunity to a niche, overfished candidate population, and the advice that a search partner can provide on effectively assessing what will be, to the majority of investors, an unfamiliar skill-set,” he said.

David Marsh works with a range of private capital firms, appointing board members to their portfolio companies and supporting investment professionals in pre-deal scenarios. Primarily undertaking search mandates for chair, CEO and CFO positions, he has worked across multiple sectors with particular focus on consumer, services, industrials, and technology. Additionally, Mr. Marsh has completed non-board finance mandates for both privately backed and public companies.

There are enough uphill struggles associated with hiring ESG specialists, just as there are in pursuing a sustainability program more broadly, says Mr. Marsh. So, again, why has this jumped up the agenda so noticeably?

Mr. Marsh says that the answer, as ever with private equity, is refreshingly transparent and uncomplicated. Though not to dismiss the idea that funds have social consciences – many demonstrably do, the charitable work done by The Inflexion Foundation being a very tangible and commendable example – ultimately these are hard-nosed investors who live or die by the profitability of their returns. “ESG is therefore gaining such momentum in the industry because it is now a key pillar of any capital deployment strategy, and an important value creation tool more broadly,” Mr. Marsh said. “At its most fundamental level, investors have had to recognize sustainability as a macroeconomic trend. It is no great leap to infer that companies whose products and services have a positive impact on the environment are likely to have a long-term competitive advantage, and as such will deliver superior financial returns.”

Whether through regulatory factors, or more subjective matters linked to customer preferences, it seems likely this will be the case. Therein lies the thesis that has been the guiding principle of specialist sustainability investors for a number of years now, such as European mid-market firm Ambienta, and Al Gore’s Generation Investment Management, which now has $36 billion AUM.

Mr. Marsh says that equally it is a trend that has not been lost on more generalist investors. “For a quite literal example we need look no further than the recent auction process for sustainability consulting firm ERM, which prompted an unusually ferocious bidding war between several global buyout firms,” he said. “Auctions of similar assets in the consulting space have also proved popular in recent months, such as PA Consulting and the restructuring division of KPMG (now rebranded as Interpath),” he said.

“However, the sustainability angle here made it even more sought after. KKR emerged as the successful party on this occasion, and notably the investment has been made from their core strategy, thereby suggesting a longer hold period; unsurprising given that the current focus and dynamics around ESG are clearly here to stay.”

3 Qualities Private Equity Firms Seek When Picking Portfolio CEOs
One sector seemingly immune to the current global health crisis is private equity. As deal making rages on, leaders will be needed in droves. But a recent report by human capital advisory firm FMG Leading says that many PE firms are not always equipped to choose the right CEOs to run their portfolio companies, even in the best of times.

A report from Investec last month found that 82 percent of mid-large cap PE firms (defined here as those investing from a fund of over £1bn) had recently avoided specific assets due to ESG factors.

“I think we must realistically accept that this is not PE investors suddenly striving for a greener tomorrow, but instead that they are being their usual astute and pragmatic selves in realizing that if businesses are lagging behind on sustainability initiatives today, then this may well result in financial underperformance in years to come,” Mr. Marsh said. “Lastly, the impact can be seen in the way that deals are being financed. PE investors will generally fund a buyout with a combination of their own capital (equity) and third-party debt (often termed ‘leverage’), with the terms on which the debt is borrowed and repaid often having a significant influence on the overall return.”

ESG-linked loans, such as the one Astorg used to finance the debt portion of its investment in Corialis earlier this year, are an innovative product which can prompt either a premium or a discount on debt repayments based on how a business performs against certain ESG targets, according to Mr. Marsh.

“This gives perhaps the most tangible financial incentive to pursue sustainability goals and is especially effective in PE-backed business which are typically higher on debt and shorter on cash than their public market peers,” he said.

“We can surely expect to see more deals financed via these sorts of arrangements in the future. Assuming we do, it will inevitably make ESG a key consideration in senior hiring. The track records that CEO and CFO candidates can demonstrate in driving sustainability initiatives and meeting targets will be an imperative point to examine before making an appointment, given that falling behind on this front not only affects the repayment terms of a leveraged business but furthermore impacts its attractiveness to future investors.”

Again, from a talent perspective, this places new demands on both those making the appointment and those advising on it. The ‘toolkit’ required to be an effective CEO or CFO within a private equity backed environment is nuanced, complex and situational enough already, but with the rise of ESG reporting and its knock-on effects (which extend beyond financing arrangements), it has never been more imperative to secure the right leaders for a business, Mr. Marsh said.

“Investors will react swiftly to this, and executive search firms must either do likewise or risk their approach becoming outdated if it does not include an astute way of assessing ESG credentials within functional specialisms which have not traditionally required them,” he said.

“Sustainability will remain a topic that dominates newsreels, boardrooms, and political discourse for years to come. However, whereas governments or large global brands may stand to benefit from positive public perceptions of their actions, the reality with private equity is that investors remain motivated solely by achieving strong returns. As such I firmly believe, for the reasons explained, that we can trust the industry to remain committed to the ESG agenda; capitalism and sustainability can indeed go hand in hand.”