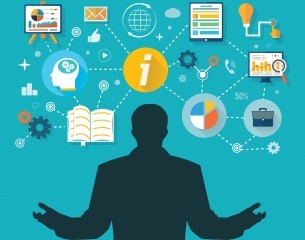 August 13, 2015 – American CEOs are tempering their business plans for capital investment and hiring, reflecting concerns about the continued sub-par growth trajectory of the U.S. economy, according to the Business Roundtable second quarter 2015 ‘CEO Economic Outlook Survey,’ a composite of CEO projections for sales and plans for capital spending and hiring over the next six months.

When CEOs were asked if they expect their company’s U.S. employment figures to change in the next six months, a full one-third, or 34 percent, said their staffs would increase, but this sentiment is trending downward from 40 percent in the last quarterly survey. Forty percent expect no change and the remaining 26 percent stated they plan to decrease staff.

“Of particular concern is the downward movement of our CEOs’ investment plans. Business investment is a key driver of economic expansion and job growth,” said Randall Stephenson, chairman of Business Roundtable and chairman and CEO of AT&T. “To boost investment spending and strengthen the economy, it is critical that Congress and the Administration pass Trade Promotion Authority and tax reform.”

CEOs also said that they expect sales, investment and hiring to decrease almost 10 points, 9.8 points and 8.9 points, respectively, in the next six months. And they expect GDP growth of 2.5 percent in 2015, 0.3 percentage point lower than last quarter.

“It seems that chief executives might be taking a slightly more contrarian view of the hiring environment than their human resources and talent management counterparts,” said Scott A. Scanlon, founding chairman and CEO of Hunt Scanlon Media. “We’ve been reporting all summer long that hiring intentions remain particularly strong and steady in the U.S., Canada and in the U.K., with the hiring outlook improving going into 2016. This is the first instance we’ve seen a pull-back in sentiment and it is therefore worth taking a much closer look as to why chief executives are forecasting hiring concerns.”

According to the Business Roundtable report, CEOs see an economy that continues to operate well below it’s full potential. Mr. Stephenson said that “virtually all measures of investment spending have been weak, and we view that as a concern.”

The Business Roundtable ‘CEO Economic Outlook Survey,’ conducted quarterly since the fourth quarter of 2002, provides a forward-looking view of the economy by Business Roundtable member CEOs. The survey is designed to provide a picture about the future direction of the U.S. economy by asking CEOs to report their plans for their company’s sales, capital expenditures and employment in the next six months.