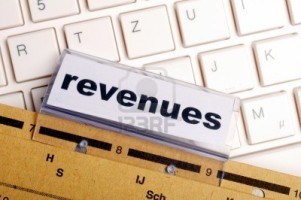 August 7, 2015 – Dice Holdings, Inc./(NYSE:DHX), a career website for technology and engineering professionals, has recorded second quarter revenues of $65.8 million, a decrease of one percent from $66.5 million in the comparable quarter of 2014. Overall recruitment activity was fairly consistent for the company in tech, energy, healthcare and hospitality during the second quarter, while activity improved in financial services. Dice posted Q2 earnings of $5.7 million, or $0.11 per share, compared to net income of $7.2 million, or diluted earnings per share of $0.13, in the second quarter of last year. The results surpassed Wall Street expectations. The average estimate of four analysts surveyed by Zacks Investment Research was for earnings of 10 cents per share.

“We made further progress on several of our strategic initiatives during the second quarter,” said Michael Durney, president and chief executive officer. “Most notably, we expanded our market opportunity in healthcare through the launch of SHIFT, and expanded our Dice service into the U.K. and Continental Europe through the rebranding of The IT Job Board to Dice. In addition, we generated significant growth in all three brands (Health eCareers, Hcareers and BioSpace) acquired in the 2013 onTargetjobs acquisition.”

Dice Holdings shares have dropped 13 percent since the beginning of the year. The stock has climbed 8.5 percent in the last 12 months. The company expects full-year earnings to be 40 cents to 43 cents per share, with revenue in the range of $263 million to $271 million.