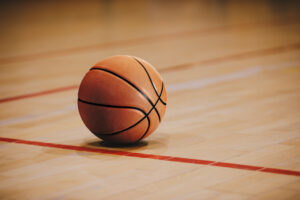 March 19, 2021 – DePaul University has selected Chicago-based DHR International for a national search for the school’s next men’s basketball head coach. DHR’s managing partner and global sports practice leader Glenn Sugiyama will partner with director of athletics DeWayne Peevy on the search. “We have reached an agreement with DHR International to assist us in our process of finding the next head coach for DePaul men’s basketball,” said Mr. Peevy. “Led by Glenn Sugiyama, DHR will serve as the direct point of contact for any inquiries. The next time I hope you hear from me about our search is at the press conference announcing the new hire.”

“As a young basketball coach, I worked at the Ray Meyer Basketball Camp during the summer and learned from the hall of fame coach,” said Mr. Sugiyama. “Now, I feel honored to have come full circle and be part of helping DePaul find their next great coach. DHR is a global firm headquartered in Chicago and we are proud and honored to work with a local prestigious Big East institution like DePaul University.” In a recent press conference, Mr. Peevy said he understands the importance and significance of this search process. “As I’ve become acclimated to the city of Chicago, I understand the pride that this community takes in DePaul University and our men’s basketball team. It’s multigenerational. It has no regional boundaries,” said Mr. Peevy. “Whether I’m on the south side, the west side or the north side – Chicago wants DePaul to be great. I’m dreaming big dreams of being Chicago’s team again and I know many others are too.” After six seasons in his second stint with the program, Dave Leitao was fired earlier this week.